A Small Modern Backyard Painting Studio in The Netherlands

Do you have an additional space in your yard for a shed or other garden structures?

It would be nice to have one where you can do other things privately- without anyone disturbing you.

That is why, some people have their own sheds where they can write, paint, do crafts and others.

But if you picture out something that has a cottage design, you might not be aware that there are already modern and contemporary designs of sheds.

Aside from its modern design, these sheds focus on function and most of them have a minimalist look. This way, the usage of the owner is given more attention than its form and style.

Want to see a modern shed?

Scroll down and you will see a backyard painting studio designed by Open Kaart. The project is located in Woerden, The Netherlands and it does serve its function as a painting studio.

Unique feature: This modern shed has a beautiful minimalist architecture and functional interior. 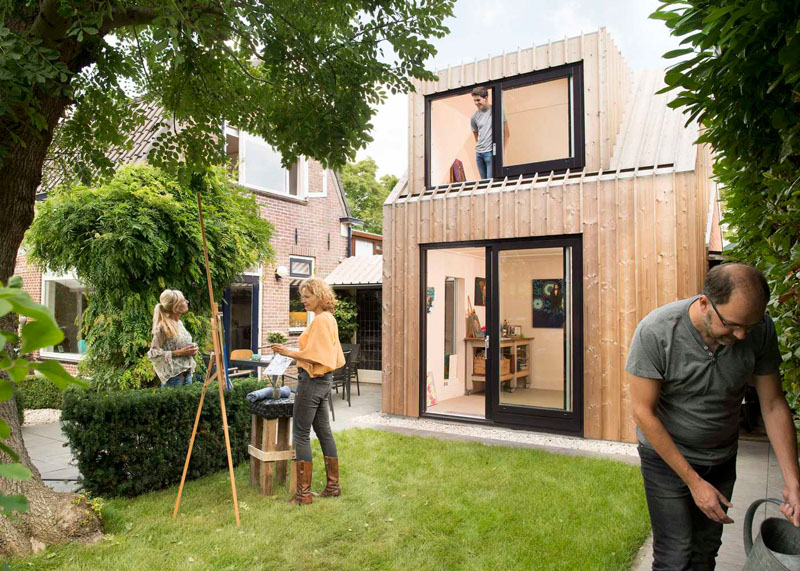 The backyard has an unsightly shed which the designers redesigned to suit the owner’s requirements. It was designed with the option of expanding the studio later on with a bathroom. 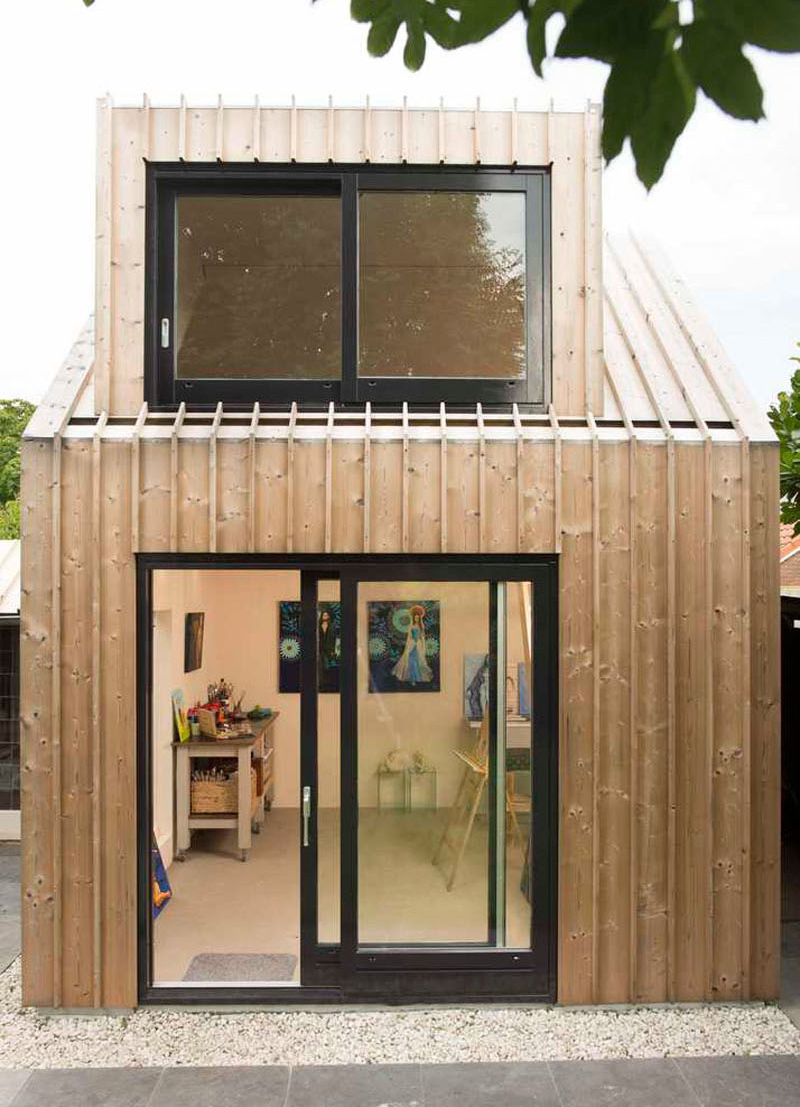 You can see here the facade of the shed which used a sliding glass door. This is a good choice for the door since it can help conserve space. 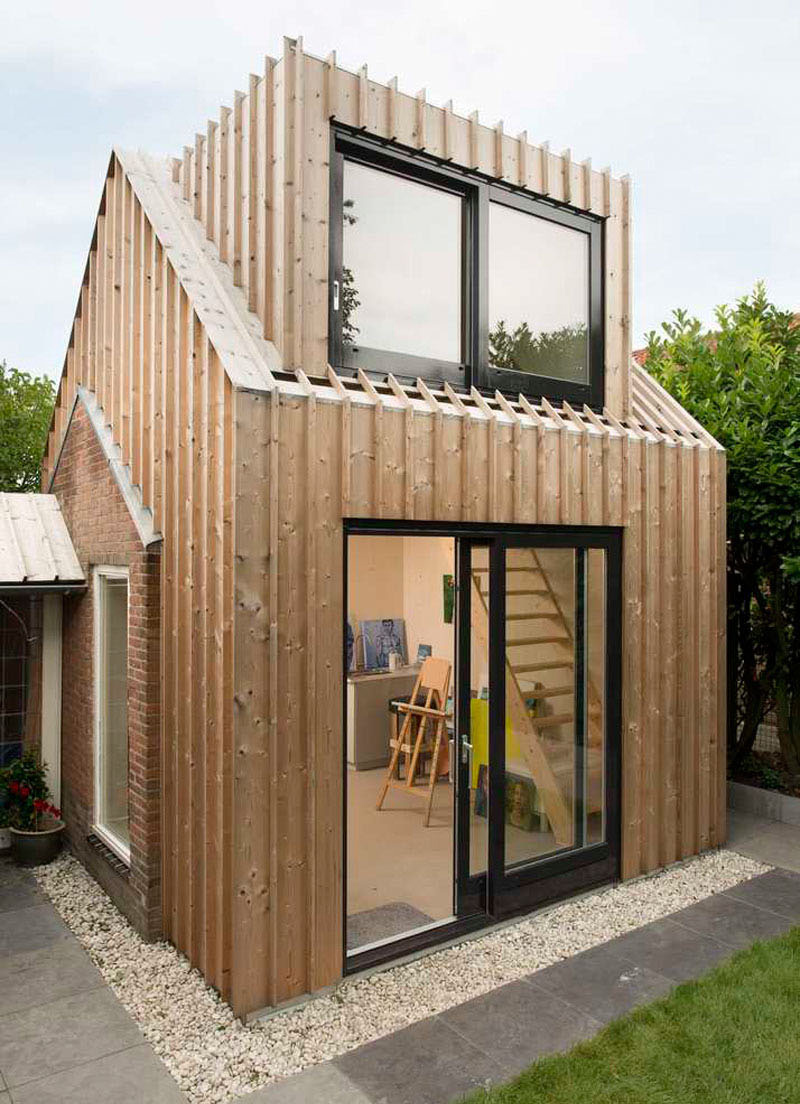 The shed used a combination of wood and masonry. It also used glass for the windows and sliding doors which are important to make the space appear visually larger. The doors and windows allowed the entry of natural light into the shed. 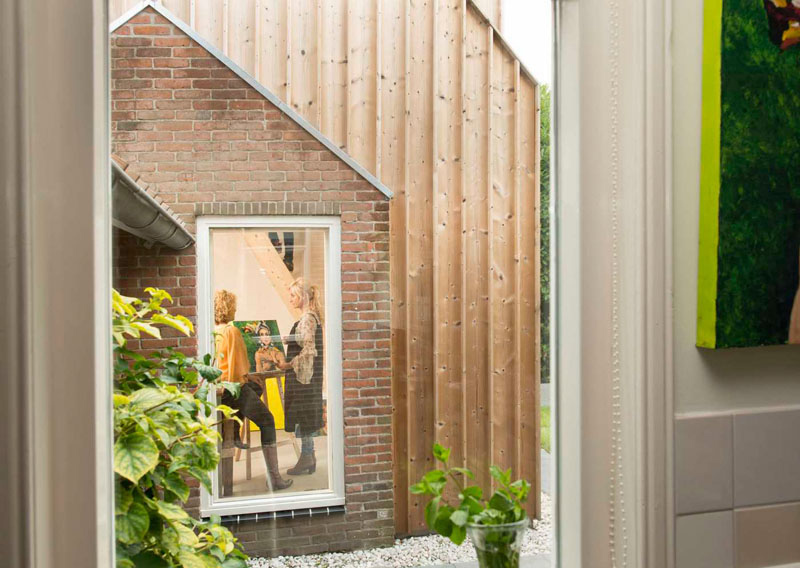 Although there is a limited budget for the project, the turned out really nice. In order to save money, the half-stone masonry was maintained. 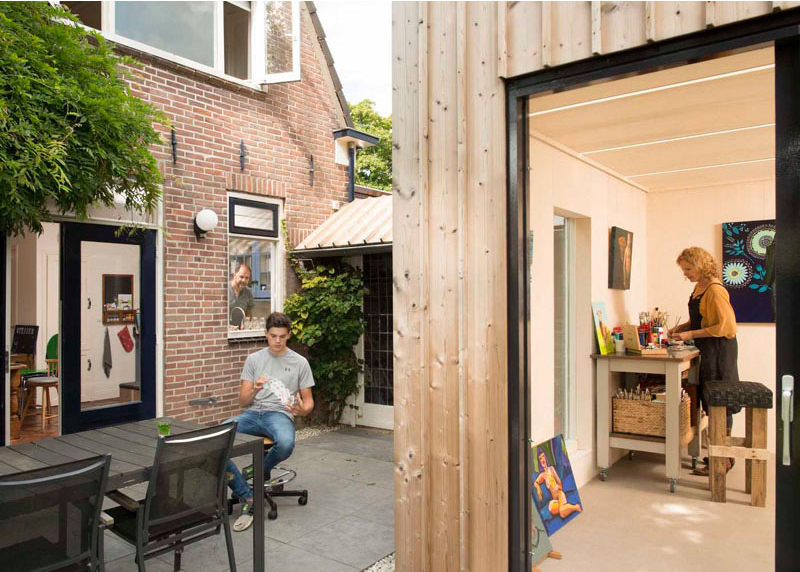 It can is located just off the main home’s kitchen. Notice also that there is an outdoor dining area in between them which is a nice spot to entertain guests. 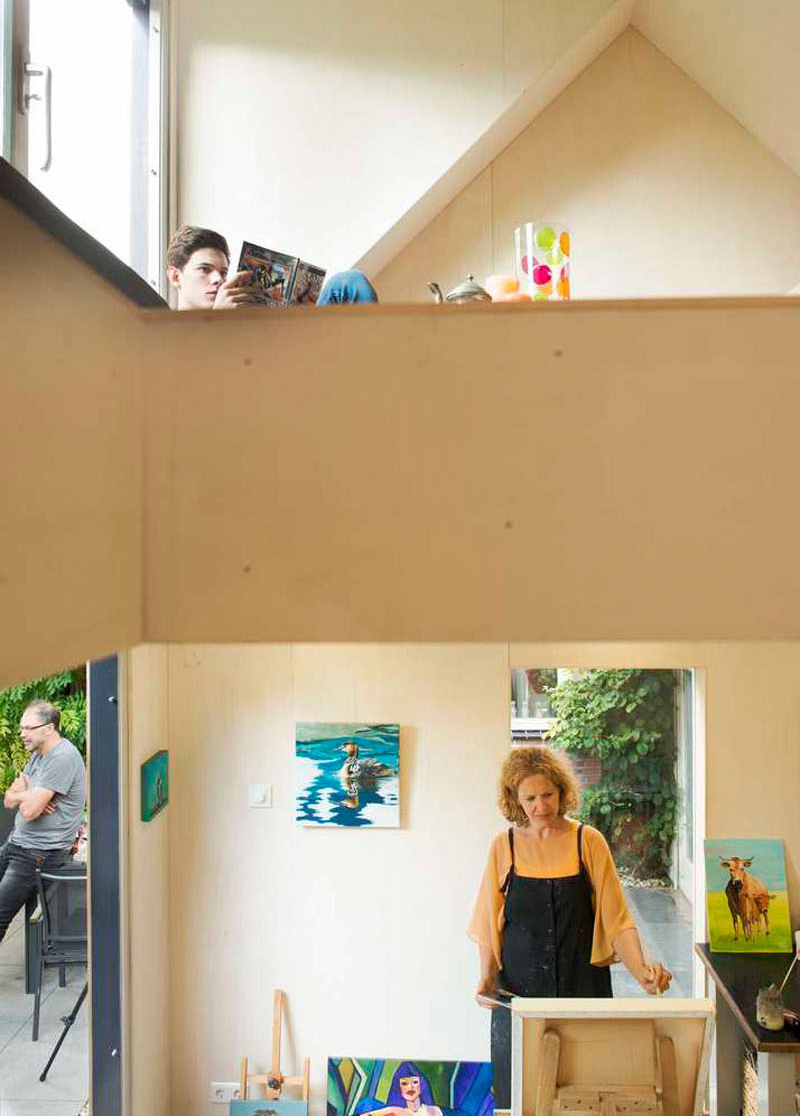 The shed features a new attic space that is large enough to function as storage space and as a space to retreat to. 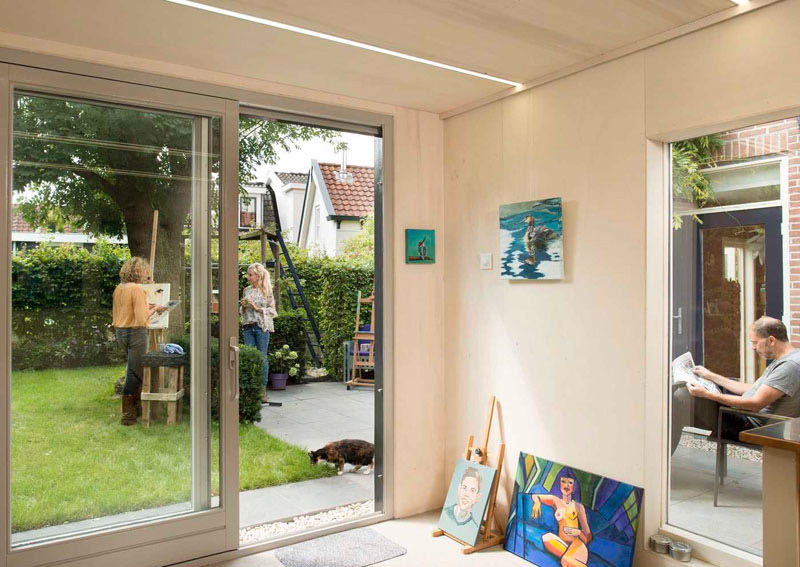 The interior of the new art studio has been finished with multiplex plates with LED lights and rails for paintings. Its flooring is heated and the studio is all-electric and energy efficient. 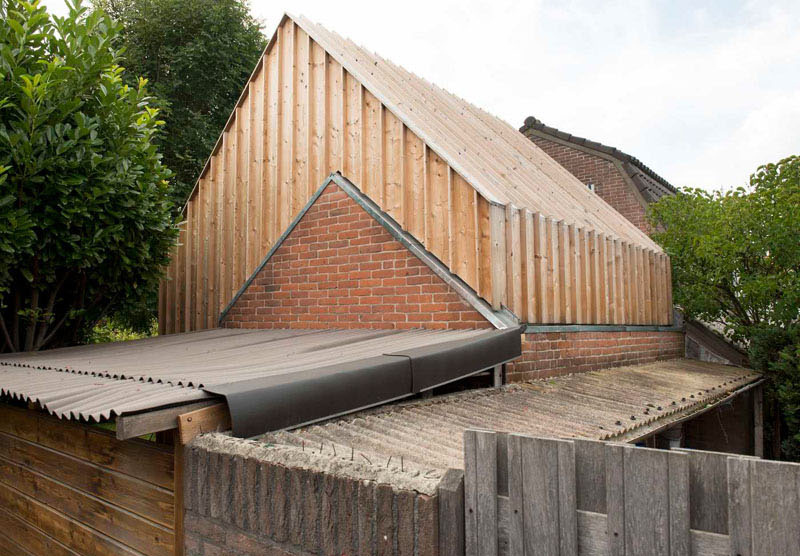 The owners wanted to renovate and build on top of the existing shed which the architects did. They want to leave the original side walls as a reminder of the shed. But since the roof were leaking, it was replaced.

According to Open Kaart, the shed is part of the home that they renovated. At first, it has offered little possibilities because it is small with a leaking roof. With that, they replaced the roof and one of the facades to give it a light wooden volume. Instead of just a storage space, the shed became an important part of the family’s business. It became a place for painting workshops right in the home’s garden. What is great about this project is that the family worked together to complete it. The youngest son of the owners made a draft of the model while a brother in law made a stained glass window for the partition. They also added an attic to it despite the small space. Very nice, right?

Gorgeous Landscape Garden in the Meadowview House in England

A Small Modern Backyard Painting Studio in The Netherlands