When we think of a private house, there are lot of ideas and important features that we usually list in our requirement’s note. We tend to prepare a long list of requirements that will give us a perfect opportunity of living in a private home. Today we will once again check the features designed by the known architects in Japan. Well this private residence is located in Oomiya, Saitama, Japan in the year 2013. This is named as the S-House.

We may explore the remarkable features made by the designer to make this private residence stand out among the other houses in the place. According to the designer, this project is just a small house which is built in a residential area near Omiya station in Saitama. This has 538 square feet floors that cross over in two levels on a site that also measures around 100 square meters for its area. Let us scroll down the page and see the amazing levels of the house through the images below. 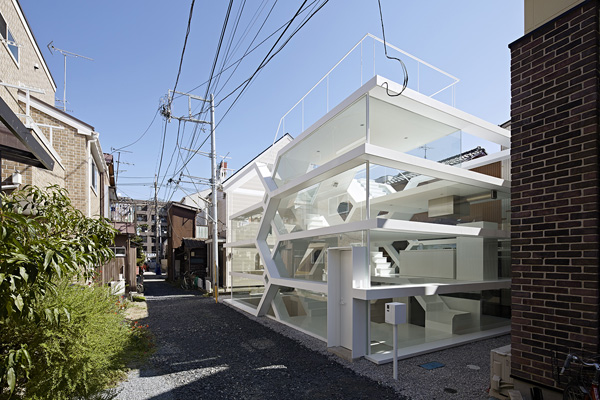 Three dimensional designs underlined in the intertwined structure of the house building also reveals the different levels of the house. 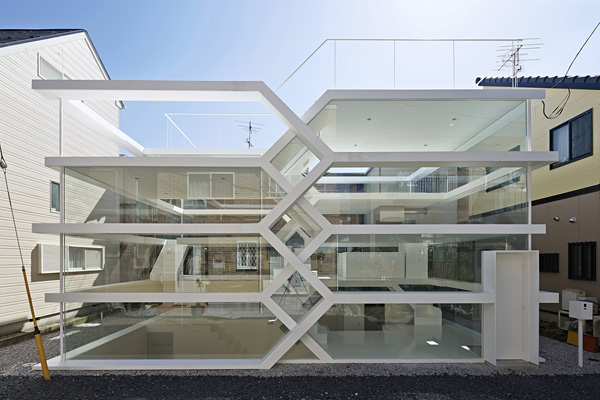 Intertwined structure of the building make this house so sensational and unique. 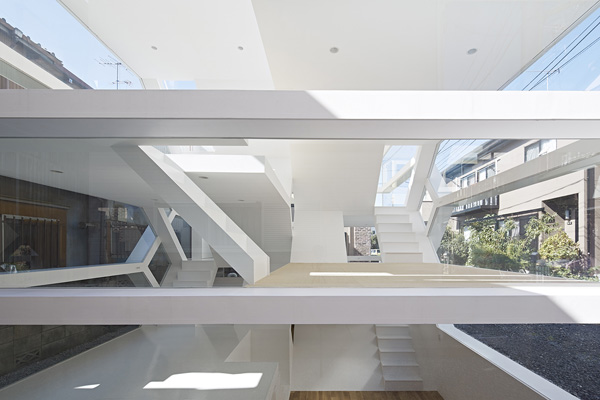 Take a look at the house design as it also welcomes the natural light inside. 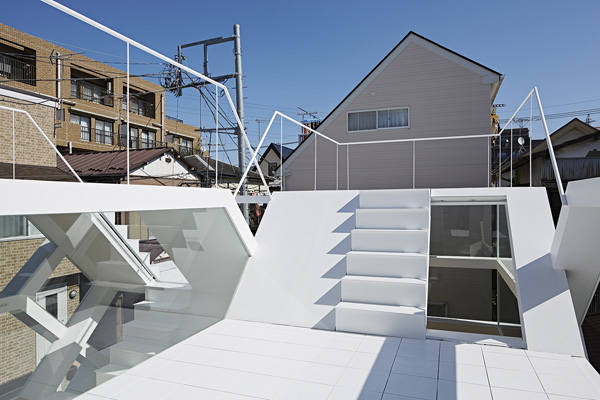 At the roof top the amazing staircase as well as the ceramic tiles used in the floor maintains its neatness. 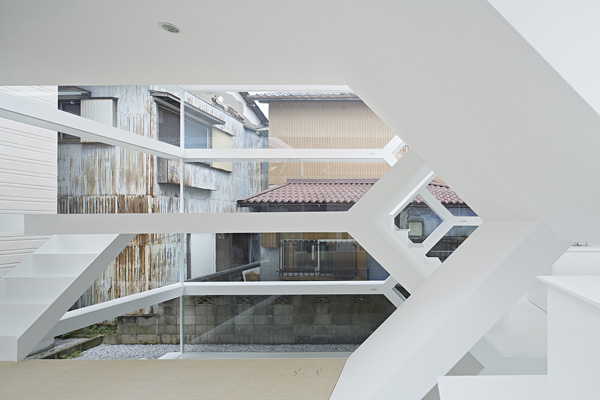 Glassed framed walls are very effective to allow the client see the different house design outside. 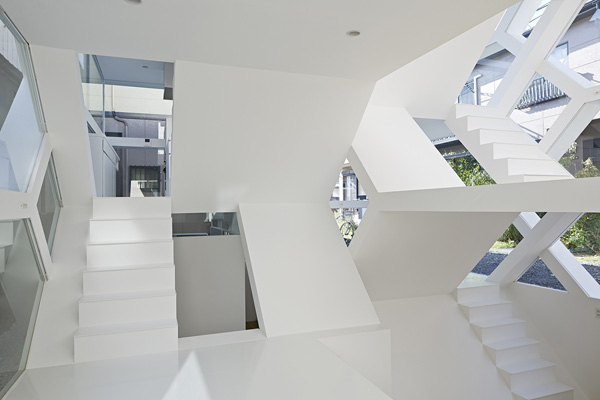 See the incredible patterns and lines revealing the smoothness and flawless texture of the floors in this area. 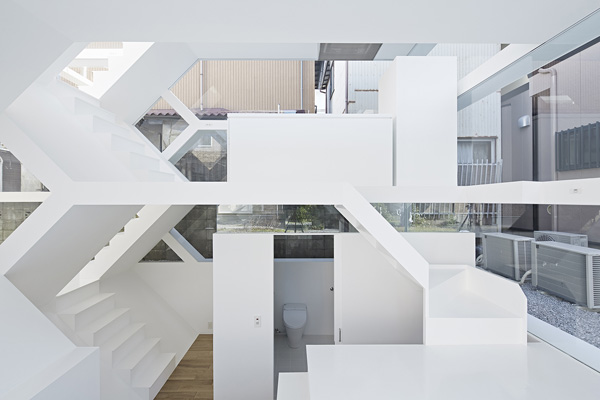 Forms and figures uncover the important zones in the interior that also adds sophistication. 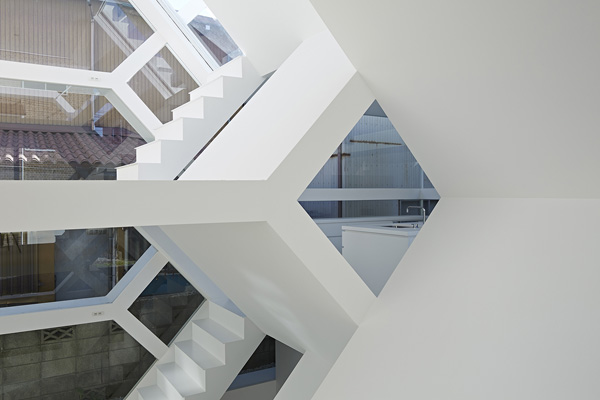 Take a glance at the three dimensional patterns designed by the popular architects that also creates different dimensions. 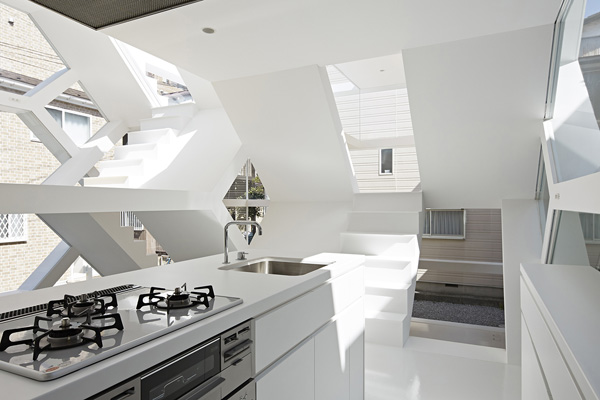 The designer successfully utilized the silver and white color in the interior to maintain its modern look. 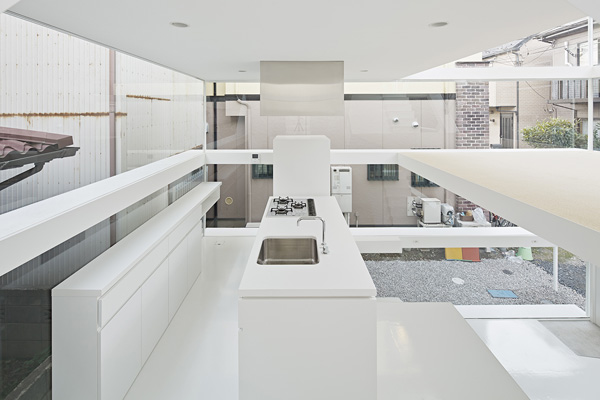 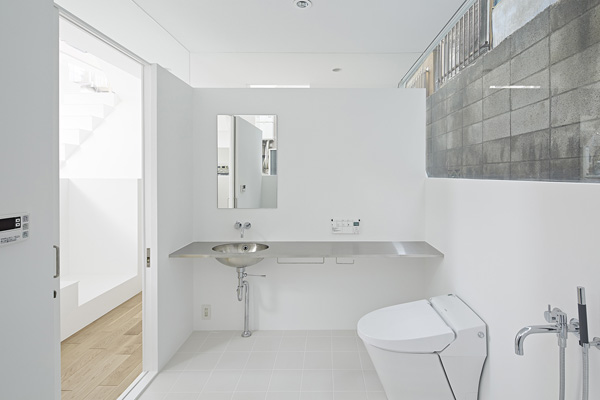 Even in the bathroom the designer proved that silver and white jives together to highlight its modern concept. 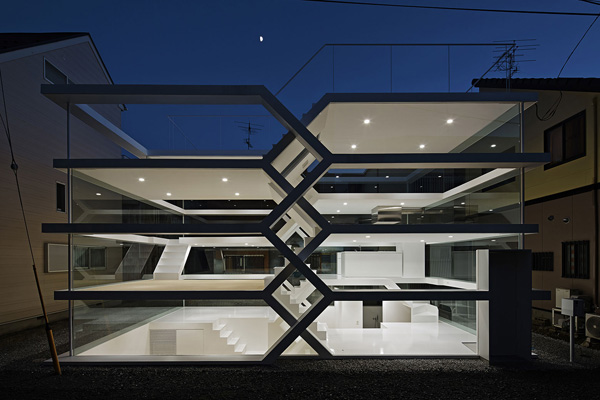 At night, the extraordinary design and concept of the house building may certainly captivate not just the client but the neighbors as well. 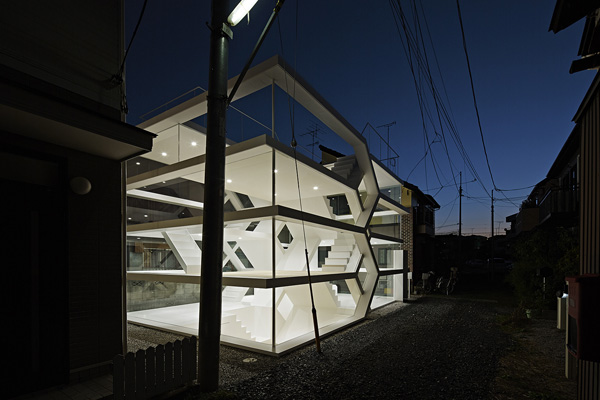 Three dimensional figure and forms of the house is highlighted with its vivid lights that made this stand out in the dark. 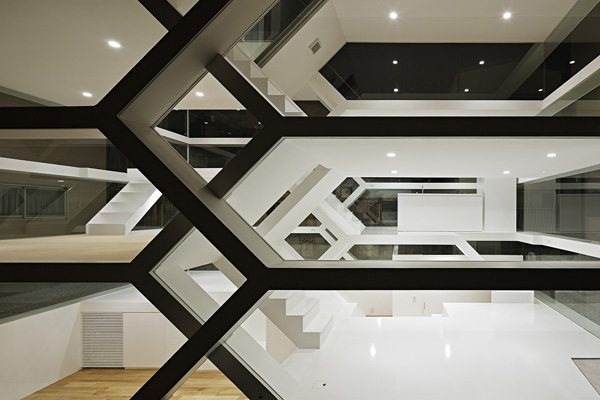 Let’s take a closer look at how the designer created this complicated yet amazing design of the structure. 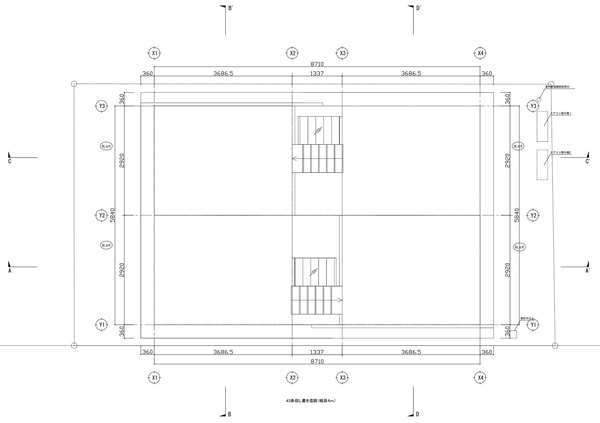 Here is the Sketch Plan of the house.

The photographer named Koichi Torimura effectively uncovered the fabulous and exceptional features of the Yuusuke Karasawa Architects’ S-House. I am very fascinated with the three dimensional depth and sense of distance that creates the architectural spaces where various distances become complicated. This architecture also realized the network-type spaces, where various distances become increasingly complex. We hope that you find this complicated design and pattern helpful in creating a remarkable design in your own house in the future.

Aside from her zeal for writing, she has an eye for beautiful home designs that inspires her to achieve her dream home. Her prowess in writing inspired her to continuously engrave her ideas and gracefully illustrate the dream stored in her heart and mind.

Monroe Drive Residence in New York is Designed 'Upside Down'

The Extravagant Views in the River Bank House in Big Sky, Montana

House of Rolf: A Lovely Home That Was Once An Old Coach