Before and After: Beautiful Renovation of a Tennessee Farmhouse Retaining Its History

There are home renovations that consider more than just aesthetics and function. Some would look at the value of a place in terms of history and its natural surroundings. Places may vary from urban to rural ones but for sure, the same or similar considerations will be taken. Just like this home renovation and restoration that we will feature today. Although Willimasport, Tennessee where this home is located doesn’t have much when it comes to storefronts and restaurants, it is proud of its sheer beauty comprised of hills, farmlands and 19th-centuty houses.

A top music business executive found a farmhouse in the area that was built at the late 1800s. It sure is an old house that sits on a 750 acres land. It has dilapidated barns and outbuildings but what the owner loved about the place is the surrounding and he loved the idea of restoring the farmhouse into its original state. 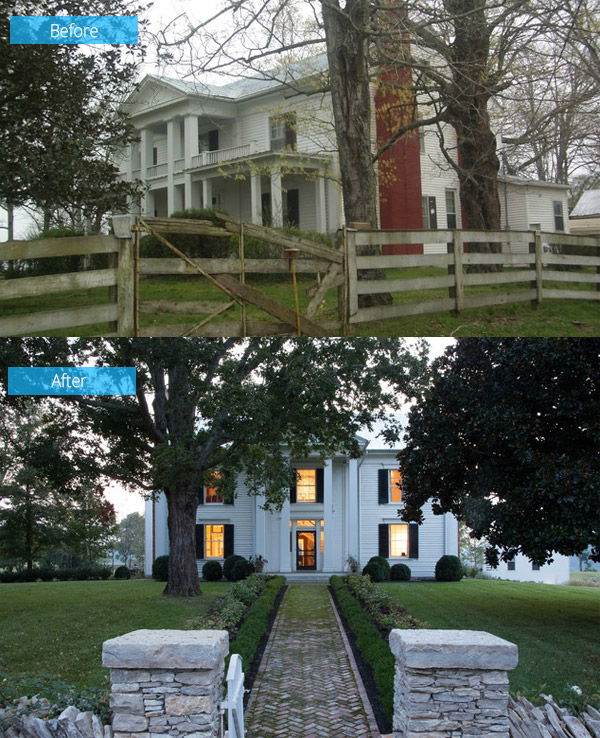 Before the renovation, its shutters, siding, fencing and landscaping have fallen apart. It was then repainted and cleaned up. The shutters were restored and all the other elements of the house. 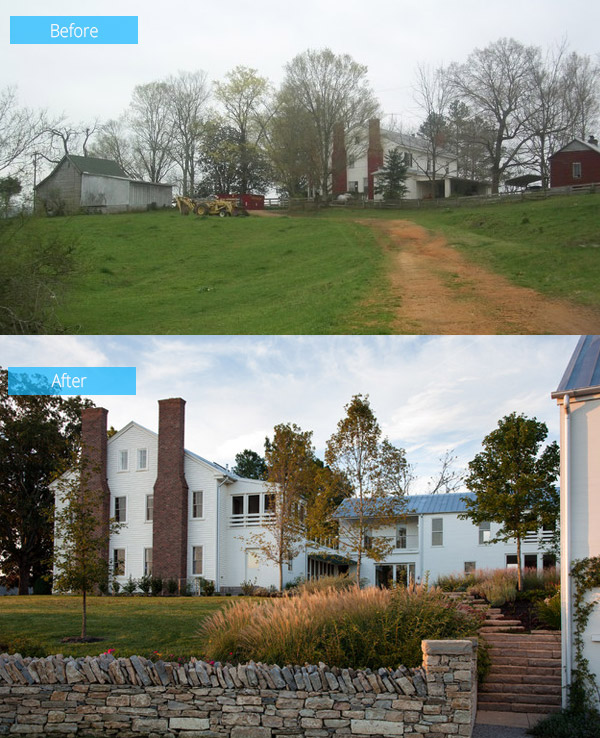 The farmland was once underdeveloped but new landscaping was added now for a lovelier home. 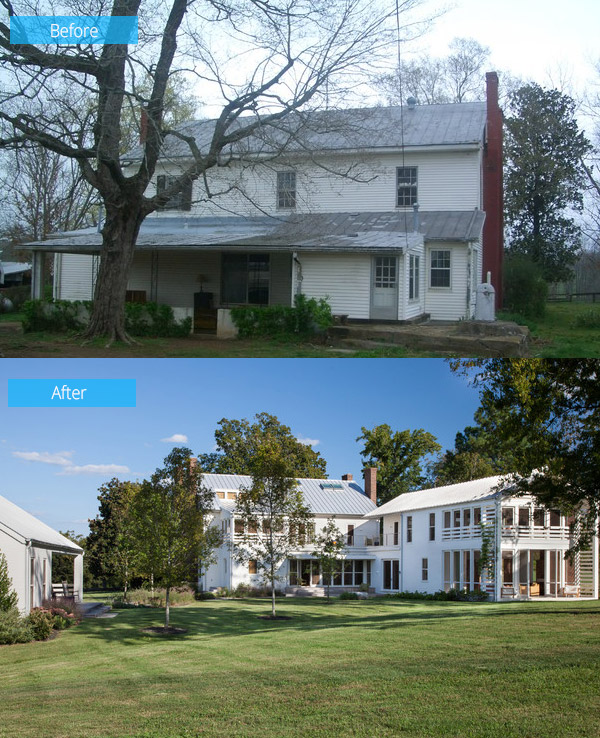 An additional sleeping porch was added to the house and a breezeway that connects it to the new addition. Below, you can see the addition with a modern design while the old house is a shiplap. 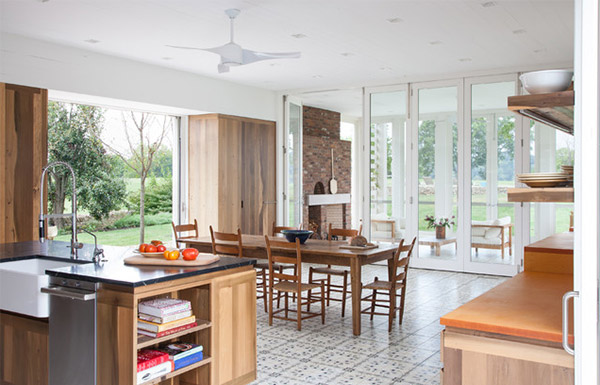 In the new addition, you can find this kitchen which is convertible to give an indoor and outdoor experience. 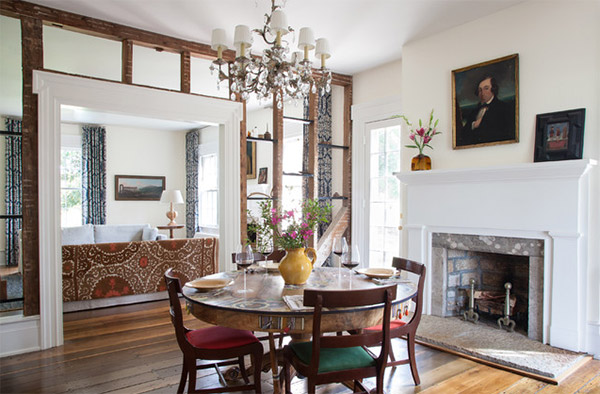 Meanwhile in the original dining room, the mantel was taken off and rebuilt the same way as it was. 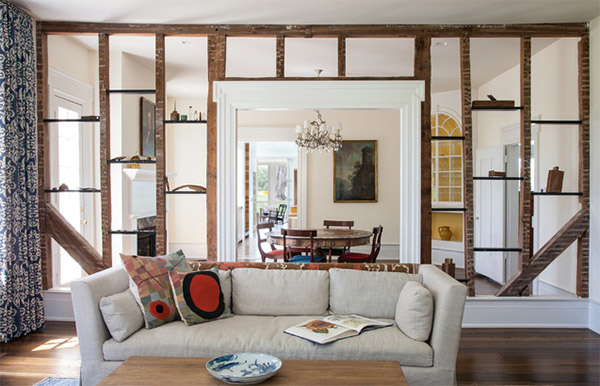 This one is the living room found in the original structure. You can still see the original farmhouse framing here. 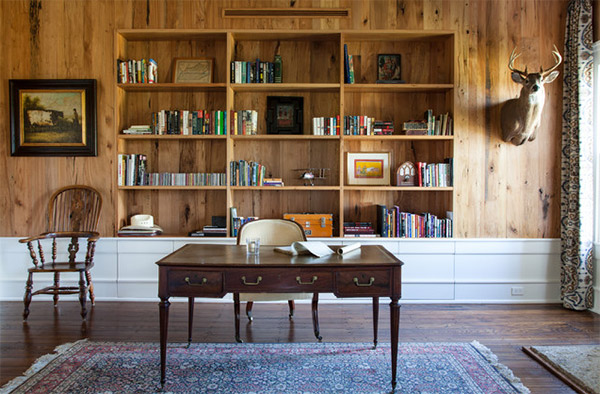 In the original study, Beechwood which was reclaimed from a barn onsite, wraps it. It is located just off the entryway. 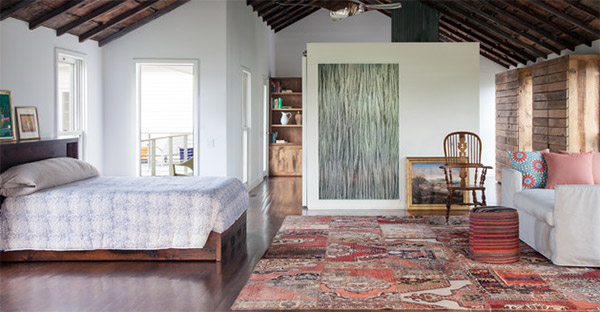 Reclaimed wood from the attic is used for this second master bedroom located above the kitchen. 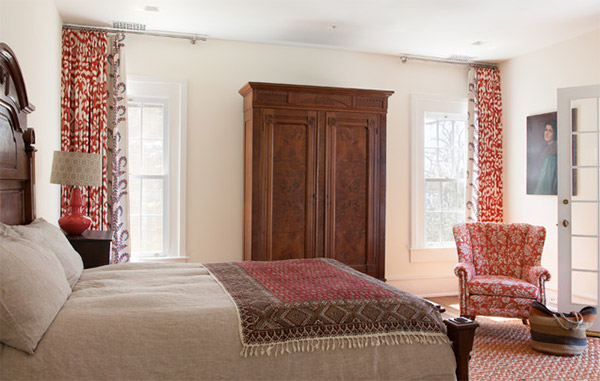 A guest bedroom with different patterns in its fabrics is seen in the original house that exudes a 19th century charm. 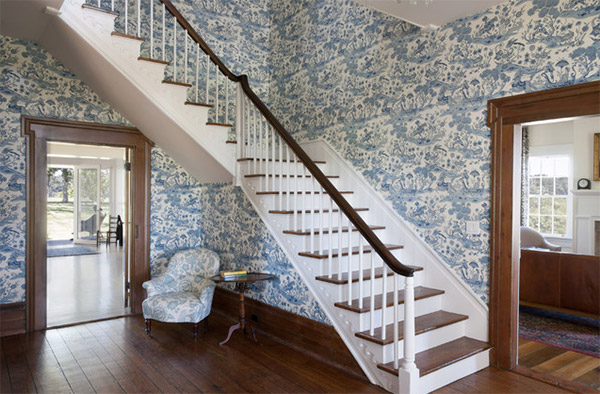 The original front door was replaced. The entryway is covered with lovely blue wallpaper. 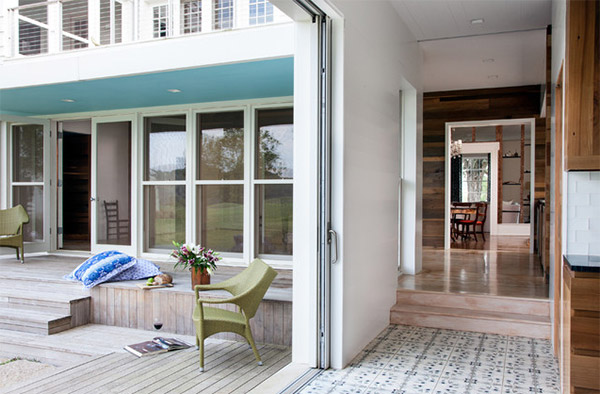 The kitchen that we showed you in the previous images opens to a deck made of reclaimed poplar. It connects to the breezeway leading to the original house. 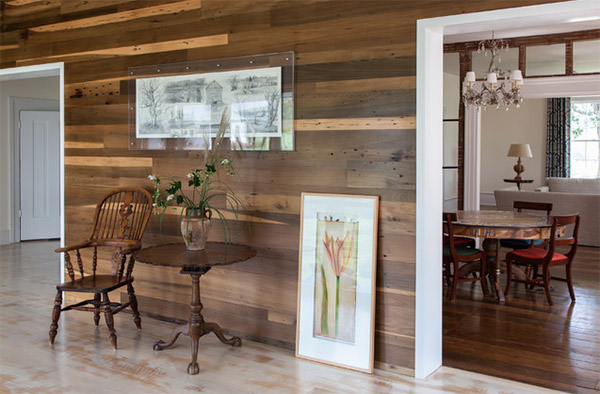 In the breezeway, the floor is made from reclaimed oak stained in white and was actually a previous porch. 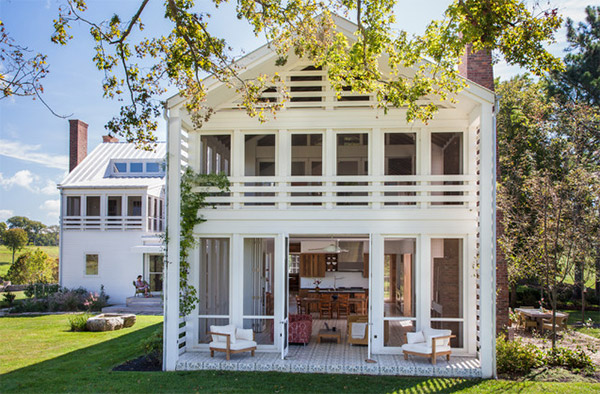 Extending from the original house is this addition. On the second floor is a sleeping porch while below it a screened porch that both have views from the pool and landscaping. 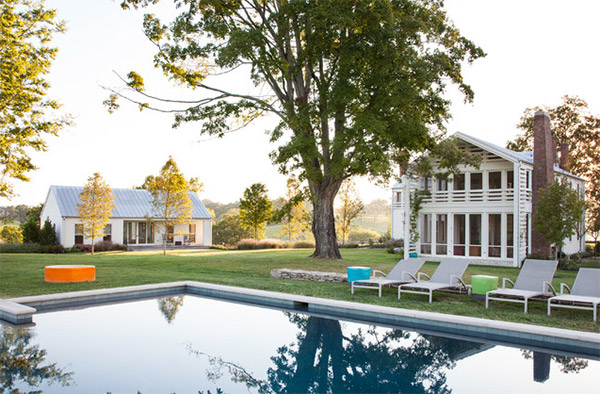 A new pool and a guest house to the left of the slopes down was added to the home. 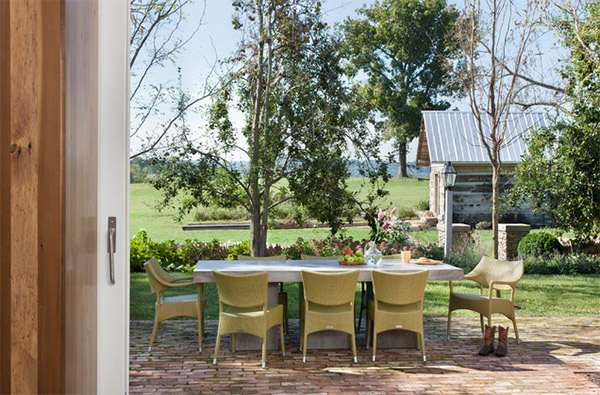 An outdoor dining room just off the kitchen could be a good place to bond with family and friends. It has trees that would provide shade to the area. 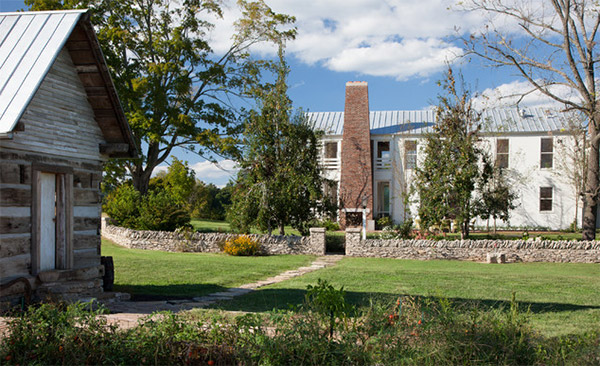 An old smokehouse is seen in the left of the house which was completely taken apart. It was put back together was given a new chimney made from reclaimed bricks.

More than two years was spent by the HS2 Architecture for the renovation. They turn down old poplar barns and reclaimed wood as much as they can to restore the area. An additional space was also built for the three kids, grandchildren and friends and colleagues in the music business who would come to this weekend getaway for parties. The result of the renovation is indeed very impressive and no doubt, the owners were very happy with result of how the exterior, interior and landscaping turned out to be.

Prevailing and Relaxing Spaces of the BQ-17 House in Vietnam

20 Rad-Looking Red Chairs in the Bedroom

Cresta Residence: A Modern Home with Subtle Luxury in USA

Before and After: Beautiful Renovation of a Tennessee Farmhouse Retaining Its History