The Greens of the Shakin Stevens House in Australia

The design of Shakin Stevens House is in response to the need of the homeowners to be connected with green space. It does not really aim to increase floor area but to increase in amenity in order to make spaces feel bigger and functional. The home is light filled and visually extends from within and beyond the site. The interior is about flow and continuity which can be seen in the soft and less finite design. It uses three cubes that appear like dices that randomly fell on top of each other. These cubes are open on their ends to allow views to the greenery and other green elements. The Shakin Stevens House is located in Melbourne, Australia.

The interior of the house has white color with green as feature highlight color. It worked well with the proximity of the garden. The green spaces in and out of the house became the focus of the white cubes which seems like lenses. The interior, exterior landscape and the old and new features of the house were wrapped together as one in this new home. The home was able to combine modern volumetric architecture with the Victorian heritage of the house. 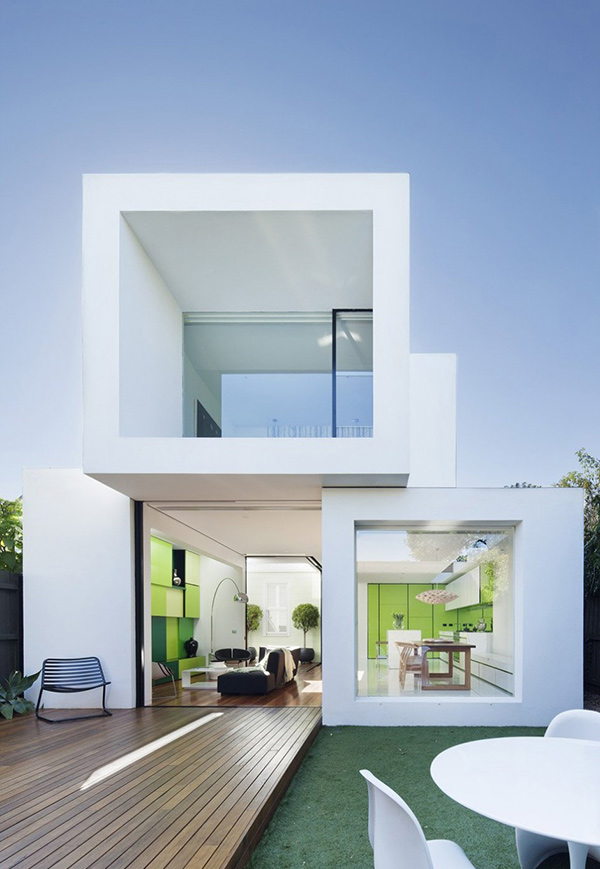 The towering height of this house is will make you examine the entire design from the wooden entry to the top most part. 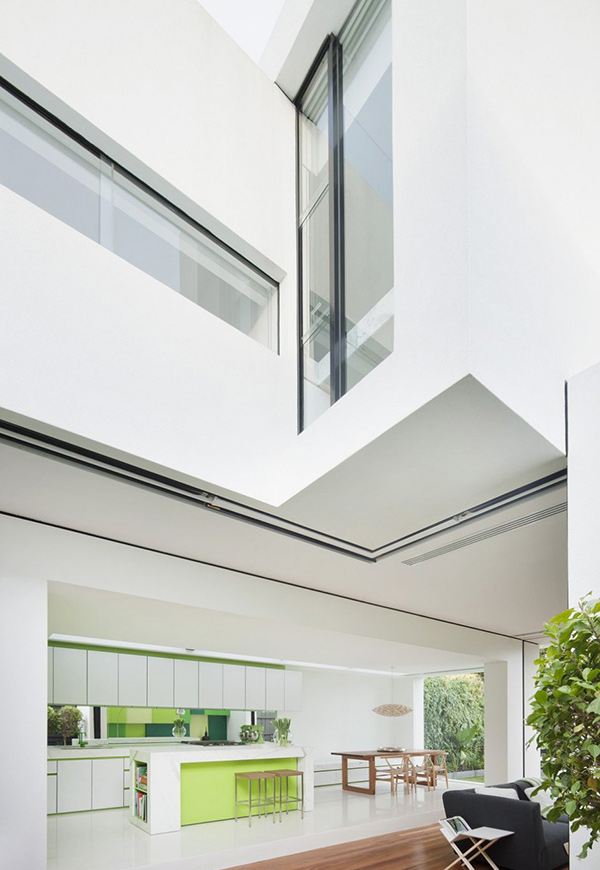 White is used for both the interior and exterior of the house. It uses glass windows as well. 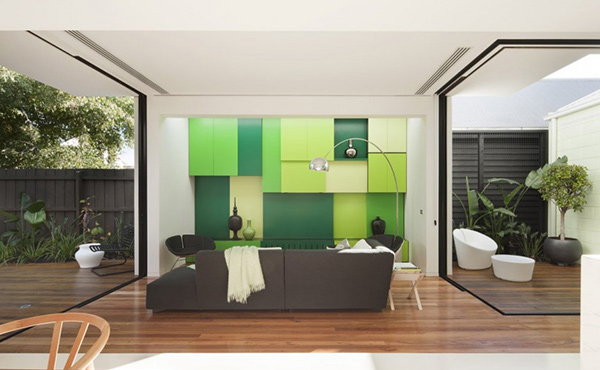 Different shades of green were combined to create this modular wall system for the living room. 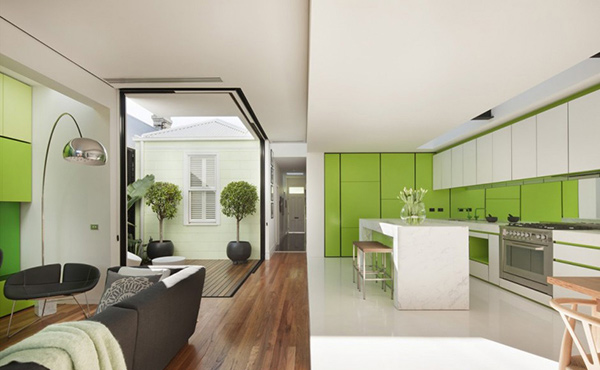 The kitchen and dining areas are connected to the living area flawlessly.

You can also see greens in the kitchen as well as a glimpse of some hedges from the garden. 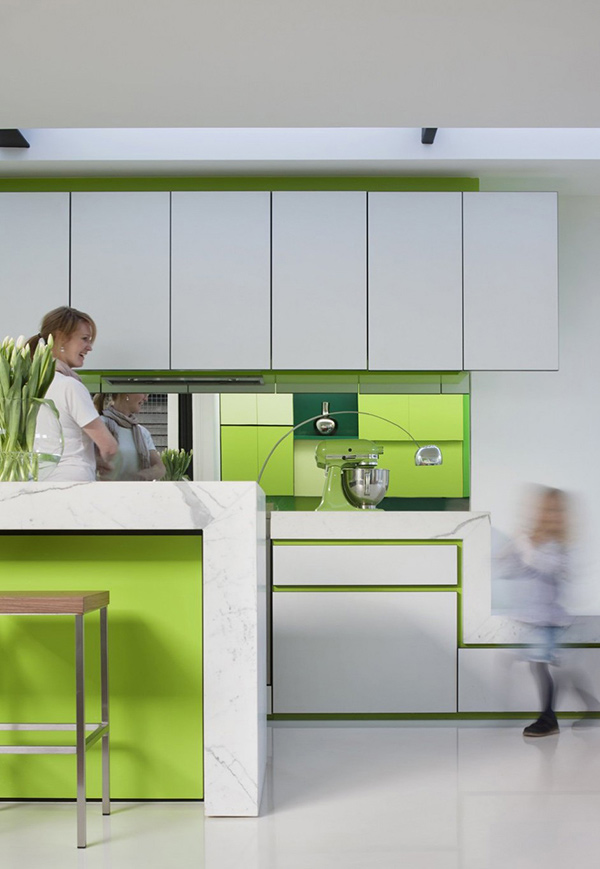 Like the living room, the kitchen also uses various shades of green for its backsplash. 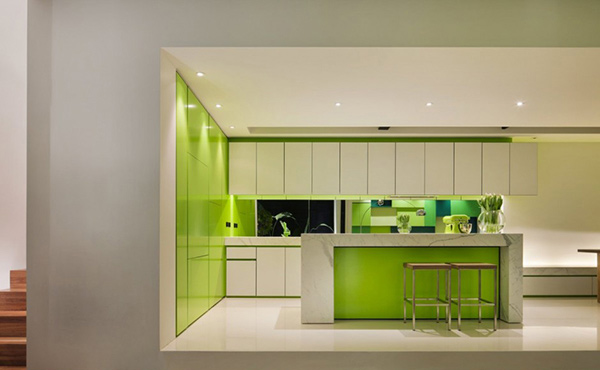 With the lights on, the greens from the kitchen looked even more attractive! 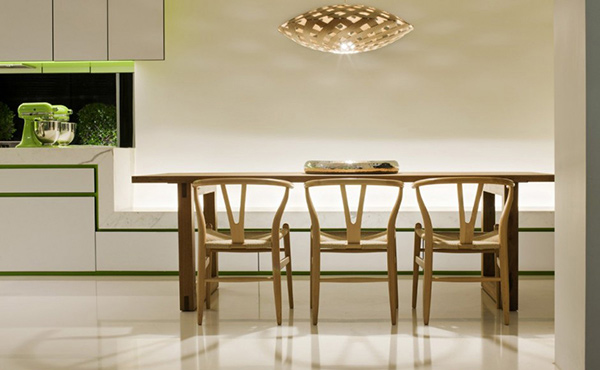 The dining area is simple with a lovely pendant light that looks like a large pea. 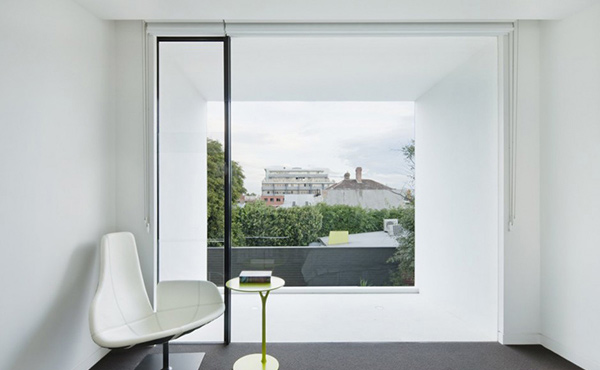 When one needs some private time, this area from the second floor is perfect. Spotted some green? Yes, the small table has a green stand. 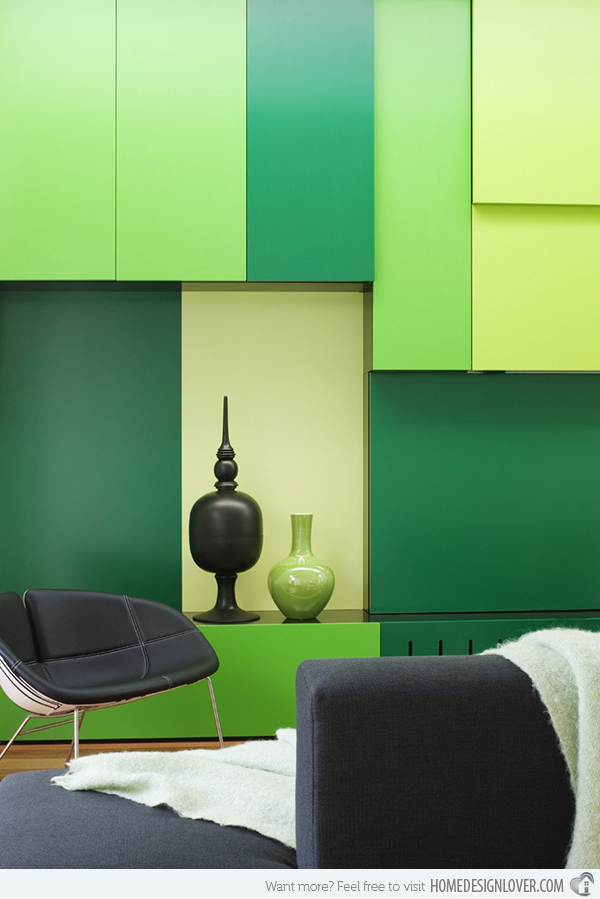 A closer shot on the modular wall system on the living room. The addition of these jars is a perfect idea. 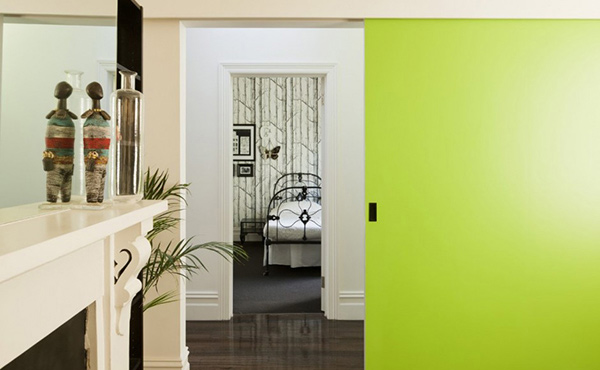 A green wall welcomes you to the bedroom as you walk past a hallway that has Victorian touches in it. 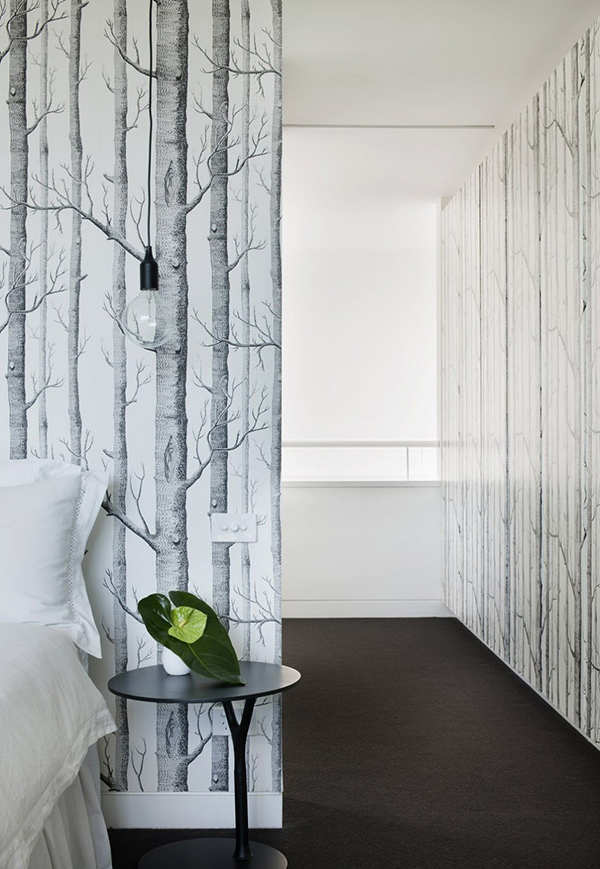 Only a small leaf on the side table is green but the wallpaper is still nature inspired. 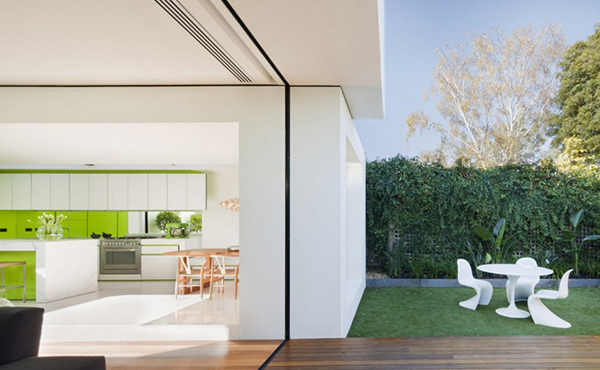 An image showing the connection of the outdoor and indoor spaces with the green color. 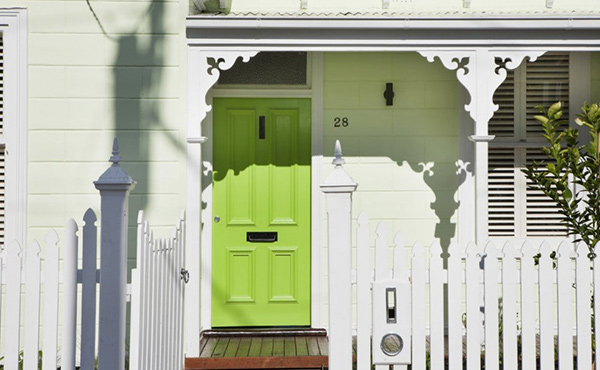 Surprisingly, this is the front door of the house. A green panel door will lead you to a modern house with greens in it. 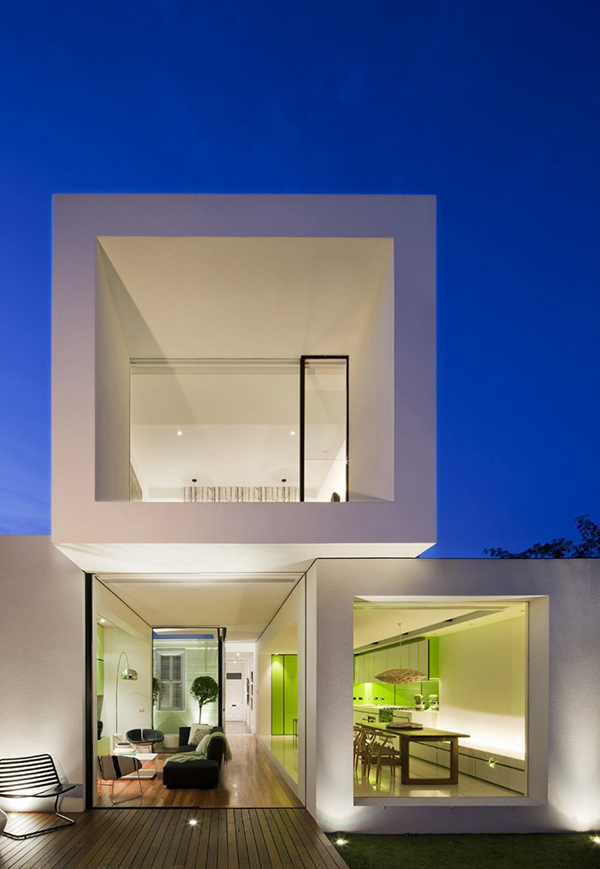 A last glance at the house when lighted during the night giving more life to the greens in the interior.

Anyone would be amazed that behind the green Victorian front door is this lovely modern home. The green door is like a welcome note that there is more greens that they will see once they are behind that door. The Shakin Stevens House is designed by Matt Gibson Architecture + Design. The way we see it, this house was indeed successfully done. Aside from its aesthetics, it is also utilizes many ESD principles like sun protection in its eves, exposed thermal mass, temperature regulation and many others. In a capsule, the Shakin Stevens House could indeed shake and rock the world of architecture!

The Clean Modern Exterior of the CH House in Israel

Before and After: A Blank Apartment to a Modern Bachelor's Pad

The Greens of the Shakin Stevens House in Australia