A unique home extension that was designed based on the path of the sun.

In designing a house, there are different considerations that the homeowners and designers put in mind and that may depend on the needs of the owners as well as its surrounding. Some would even want to have a home that reflects the beauty of nature or utilizes its natural surroundings. That is why there are many sustainable homes that we have already featured here on Home Design Lover. Today, we are going to feature another home that considers nature and has that natural look too with the use of plants.

The Sun Path House is designed by Studio Christian Wassmann located in Miami Beach, Florida. It is a three-story extension to an existing 1930s bungalow which is designed to take advantage of the sun. The sun is the central figure of the home fostering vitality and health of the inhabitants. It features an expansive kitchen that serves as a spatial connection from the extension to the original house. It also provides a space of interaction for the owner and his guests. Behind the bungalow stands an outwardly spiraling wall with three levels which can be simultaneously considered as a structural, functional, and sculptural creation, serving as the spine of the project. The form of the Sun Path House is a result of a dialogue with the original house and the cosmos.

Unique feature: A three-storey extension with a solarium at the time. The design is based on the figure of the sun and has a sustainable design.

The house features a curved wall wherein its top edge is rotated at 11.25 degrees in respect to the existing building and the site lines in order to face north. On the ground floor the curvature is 11.25 degrees towards the middle of the garden wherein its rotation point is at 22.5 degrees twist is inside the flue of a pizza oven. That is the center of the staircase leading to the sun. 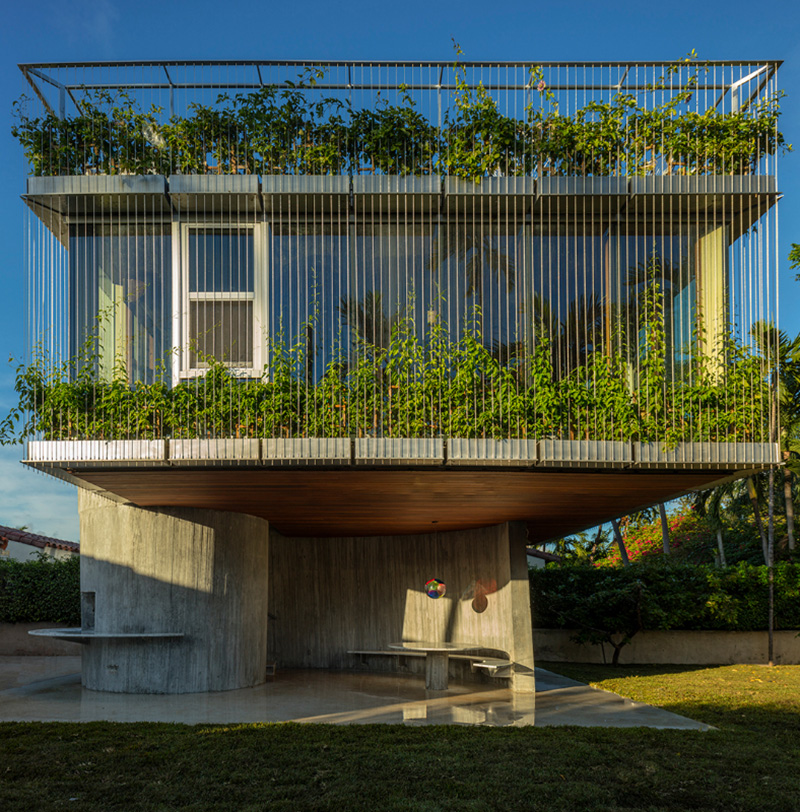 On the open ground level, you can see that the curved wall contains a large round dining table with a built-in bench. From there, one can get direct sight lines into the original bungalow. 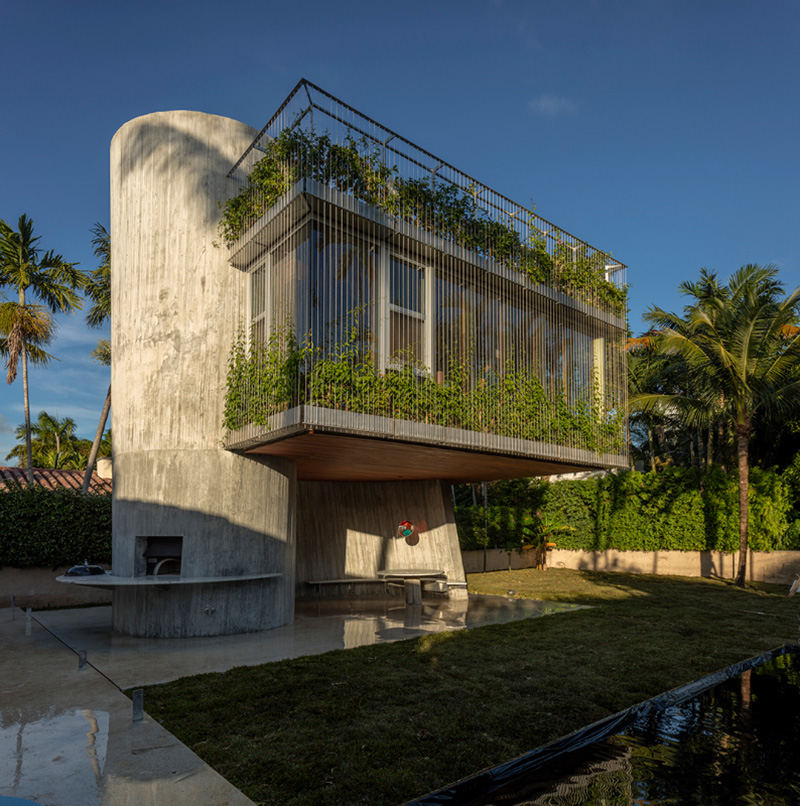 On the second floor is a vine-covered master bedroom and beneath that is a curved wall that surrounds a round bed. yes, what you are looking at is actually a bedroom. 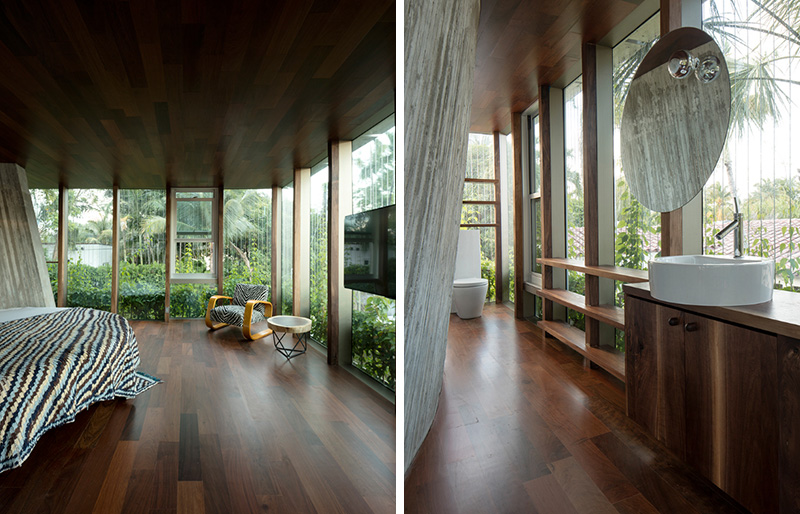 The curved wall of the structure encircles a round bed which hides an open bathroom positioned at the rear of the house. This one also used wood for the flooring and is surrounded with glass windows. You can see the plants that we have seen in the exterior of the house. 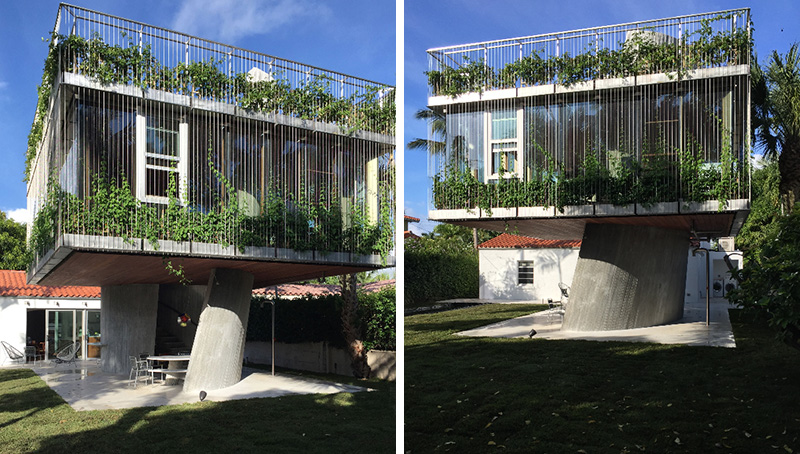 The plants around the house add more appeal to its exterior. The look becomes more dramatic and even whimsical! 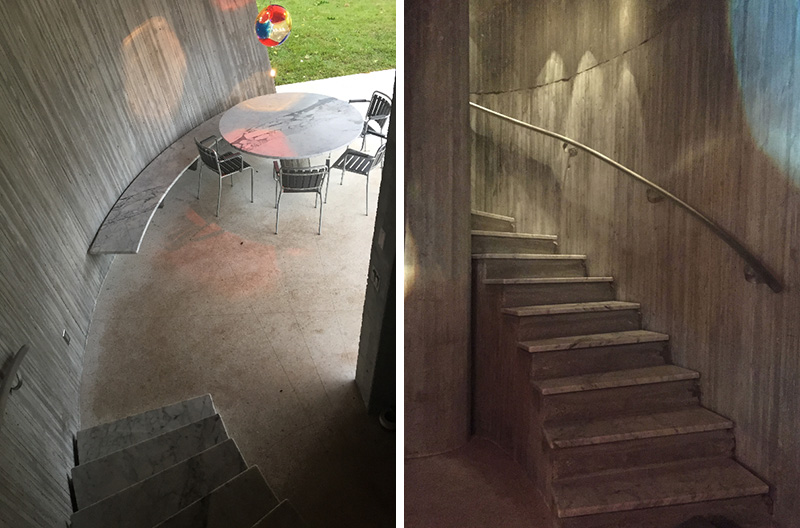 Seen here is the outdoor dining area with a colorful pendant light above it that also brings color to the space as it reflects such around the area. Another picture shows the staircase that leads to the upper level of the house. 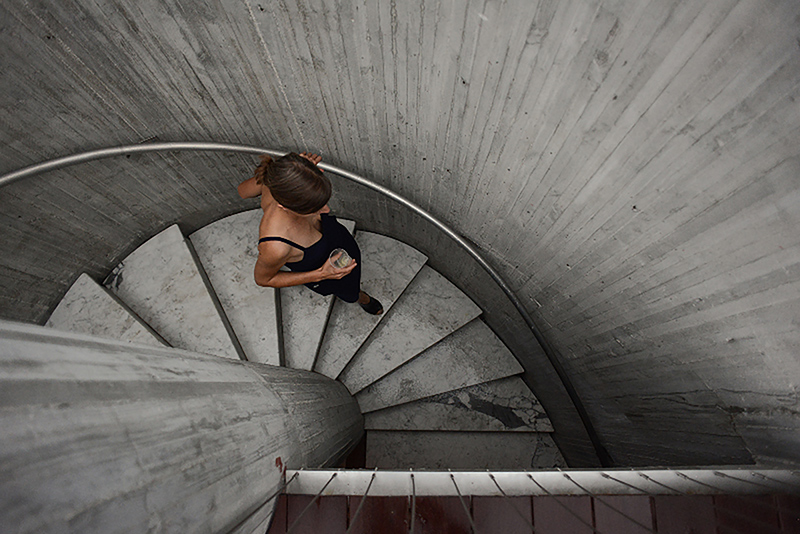 This is the concrete spiral staircase with a tube railing attached to the wall. This is used to access the different levels of the house. It would be exciting to climb this staircase wherein you will reach a solarium at the top. 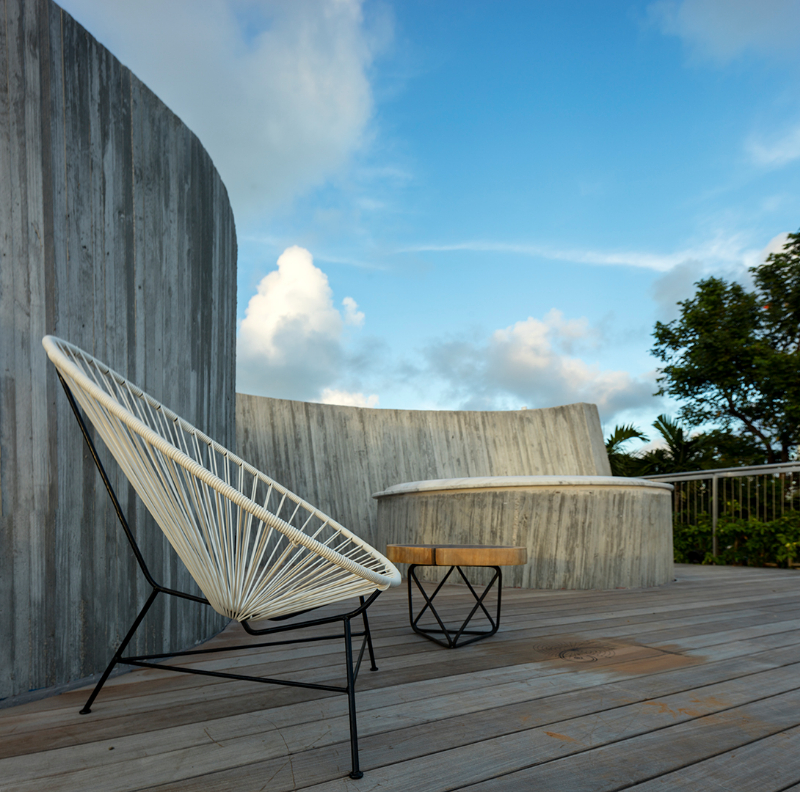 The rays of the sun are reflected off the wall onto the surface of the deck. You can also see here that it has some beautiful outdoor furniture on the deck that can be used for relaxation while in the area. 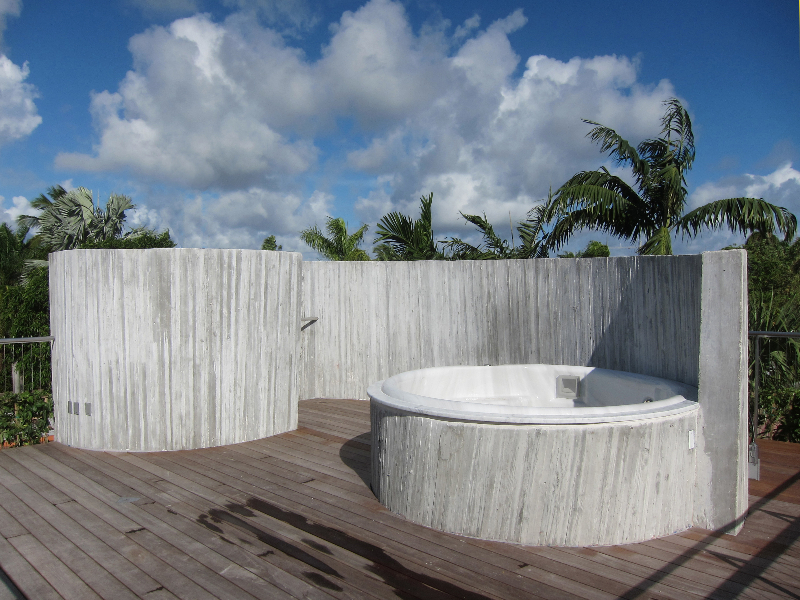 At the top of the building is a solarium which is considered as the heart of the Sun Path House. According to the designer, “the curved wall at its precipice maps the path of the sun on the summer’s solstice, and during this passage, the sun’s rays reflect off the wall onto the surface of the deck.” 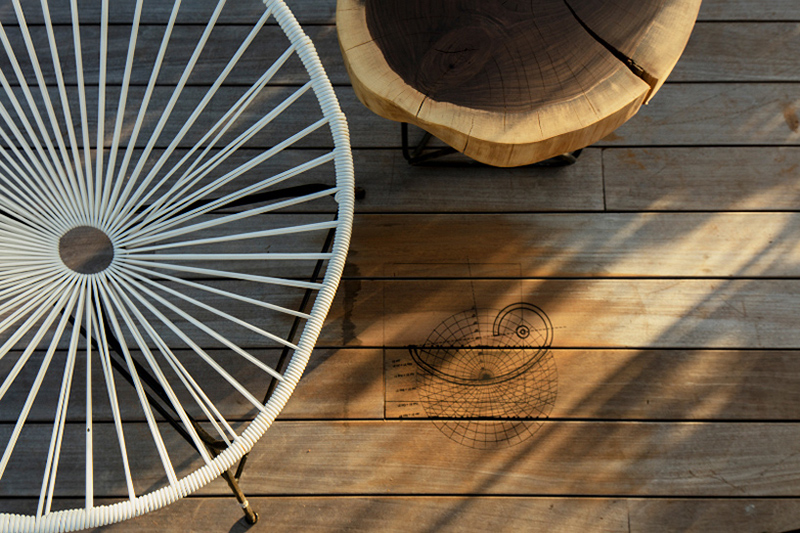 The flooring used here is wood and it has some lovely outdoor furniture added on the deck. It also features a curved wall that maps the path of the sun on the summer solstice. The design is inspired by the sun’s path as shown in the drawing on the floor.

Seen here is the floor plan where we can take a glimpse at the existing bungalow as well as the extension at the front of the house. You can see the curvy wall at the top of the extension that also leads to a spiral staircase that is used to access the structure.

It is indeed amazing that a house can be designed in this manner. It sure is intelligently designed because you cannot get this kind of home if you will not look into many aspects and if you will not study the source of inspiration which is the sun for this home. That is why I am impressed with what Studio Christian Wassmann did to this home. It looks really nice especially in the exterior. Although I think the interior can still look better. But then again, I love the look of vines on the building. It seems to bring some drama and some whimsical appeal to the structure. What can you say about the Sun Path House?

Before and After: From a Mediterranean House to a Lovely Modern Home in Fort Lauderdale

Before & After Update of a Fence and Garage in Toronto

Creative and Comfortable Interiors of the Gap Residence in Australia