You'd be surprised on how attractive this wooden glass home extension looks like.

This wouldn’t be the first time that we will feature a home extension because we have done this a couple of times and we have seen how beautiful a home can be even with merely adding a floor area to the home, thus enhancing is architecture. In most cases, it would be an old house which is given a new modern or contemporary treatment through an extension- whether it is a single space of the house like a kitchen or an entire living space or a combination of new areas that the home owners deemed necessary. Today, we are going to show you another house that was given an addition.

The extension of the house is inspired by Scandinavian design. The family home located in Edinburgh, Scotland had a stunning new appeal because of the addition and was even given more function. All in all, the extension didn’t just fill in the needs of the owners but it also added value to the home. Since the house was too small for them with only 731 square foot floor area, the home owners decided to extend the home since there is still available space in the backyard. And as we look into the images of the house below, we will realize that it was indeed the right decision to work on a home addition. And yes, it does look very attractive as well. Scroll down below and take a look at what David Blaikie Architects have done to Scandinavian home extension.

Unique feature: A two-storey home made of wood and glass which has a Scandinavian extension since the family needs more space from their 731 square foot home.

Similar House: The Interesting Design of the Jewel Box House Extension in London 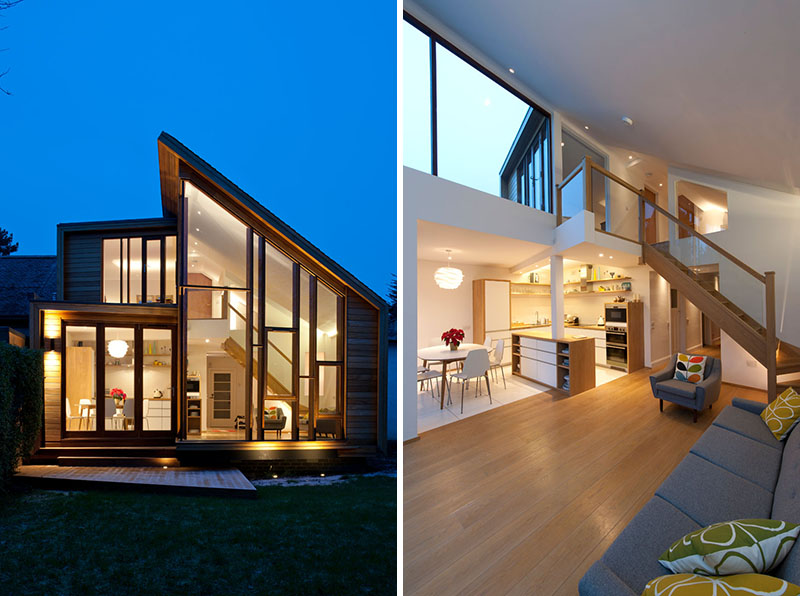 This is how the extension looks like outside and inside. As you look at it, I know you are pretty impressed of how it turned out. It looks really beautiful especially because of its choice of materials with a combination of glass and wood. In the interior, notice that it also used a lighter kind of wood combined with white colors. 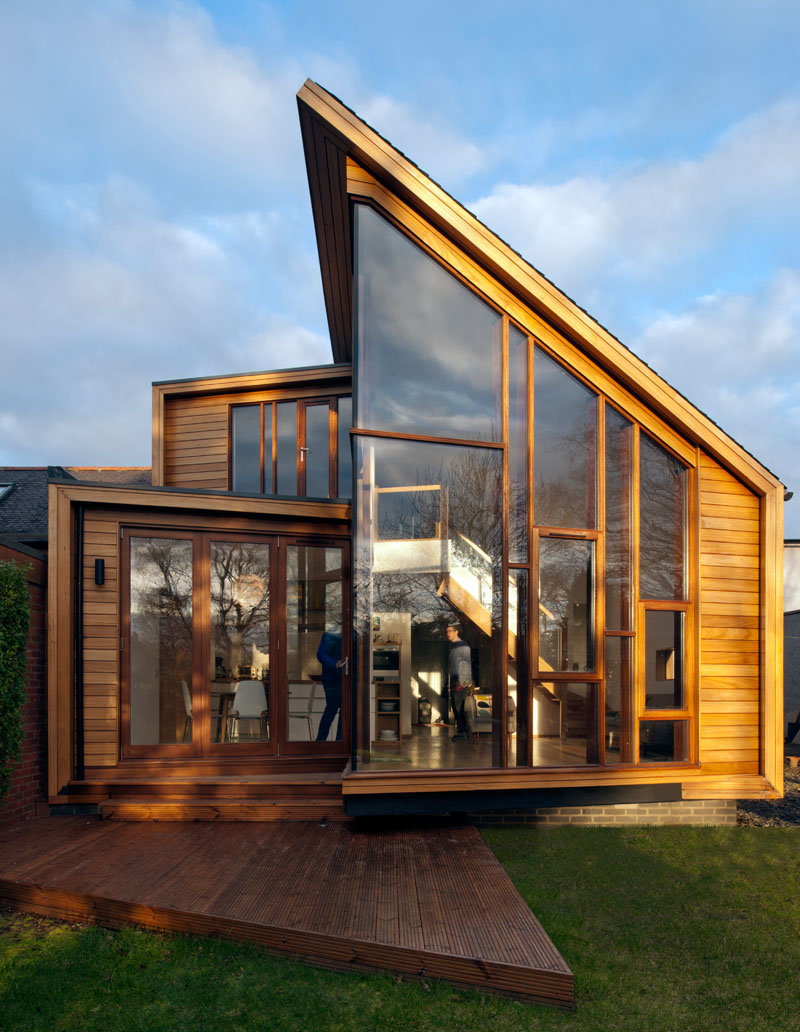 As always, wood never fails. It always looks beautiful and it sure is sturdy and weather resistant. As it is used together with glass in this house, it looks even more beautiful. because of the tall glass window, the house is transparent from outside even during the day. 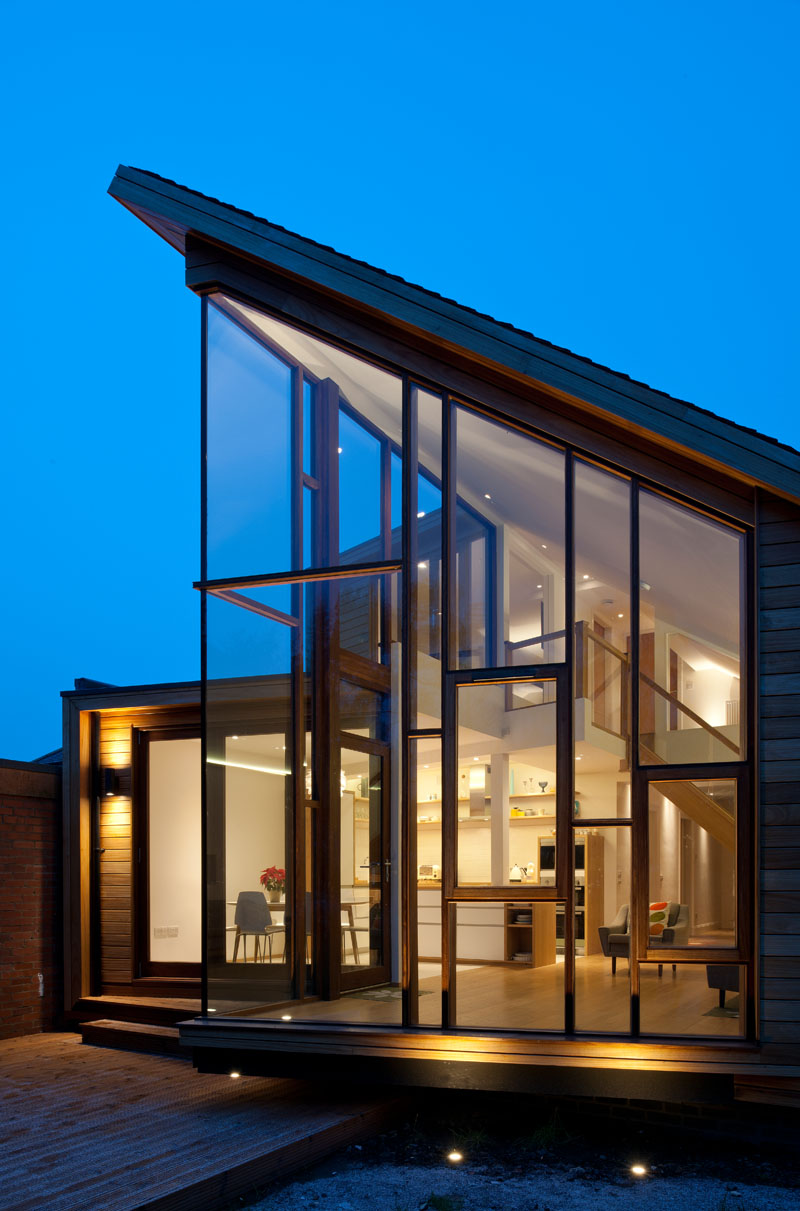 Since the original semi-detached single storey house was small for the owners, they decided to extend to the 164 feet deep backyard and the result is perfect. Instead of a one-storey home, it because two-storey because of the new extension. 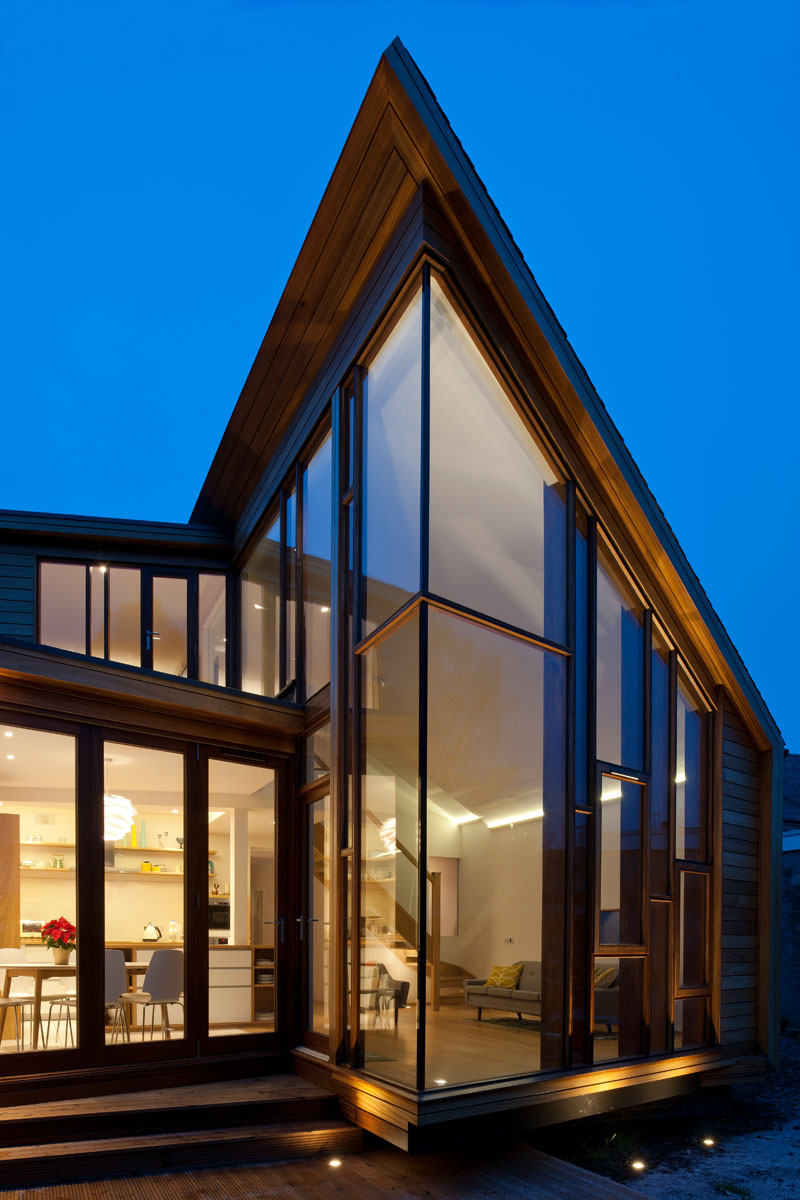 With the extension, the family was given plenty of room and they were able to increase their sleeping areas and also their living areas. During the night, the house looks even more beautiful because of its light. Since it is surrounded with glass, the lights inside are dimmed and creative lighting on the ceiling were added. 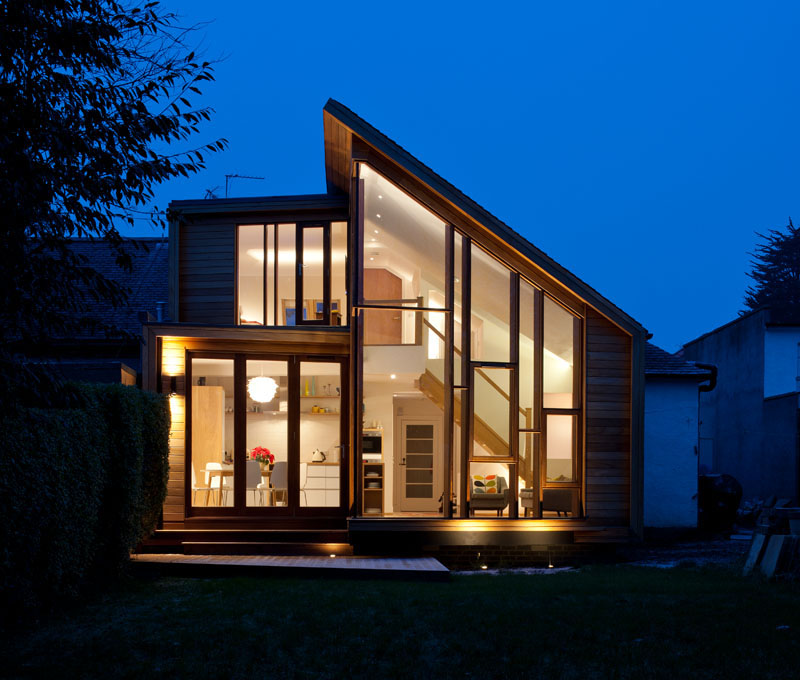 The design of the extension was intended to catch the sunlight during the day and to also reflect the last of the evening sun down right into the living area off the sloping ceiling plane. And apparently, that is what this tall window can do to the home’s interior. 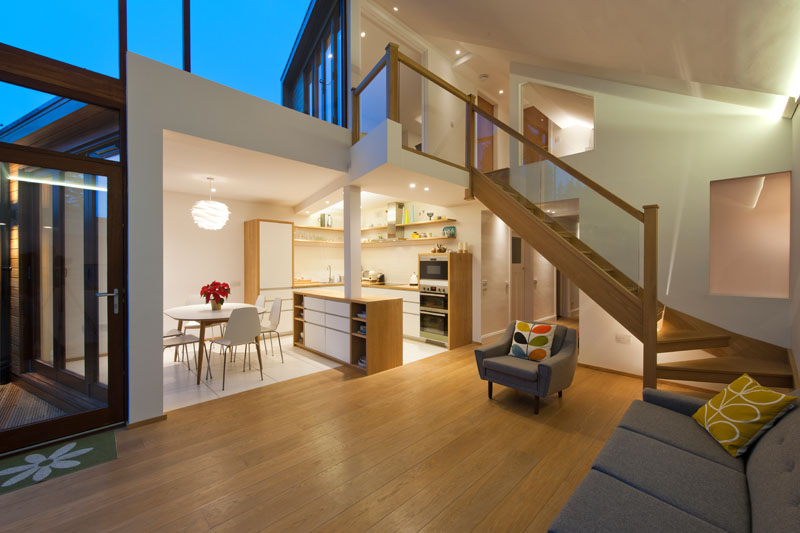 The extension has a kitchen, dining area, living area and also a bedroom suite. You can see that it was able to add another floor in the house which leads to the private spaces through a wooden staircase that has glass railings. 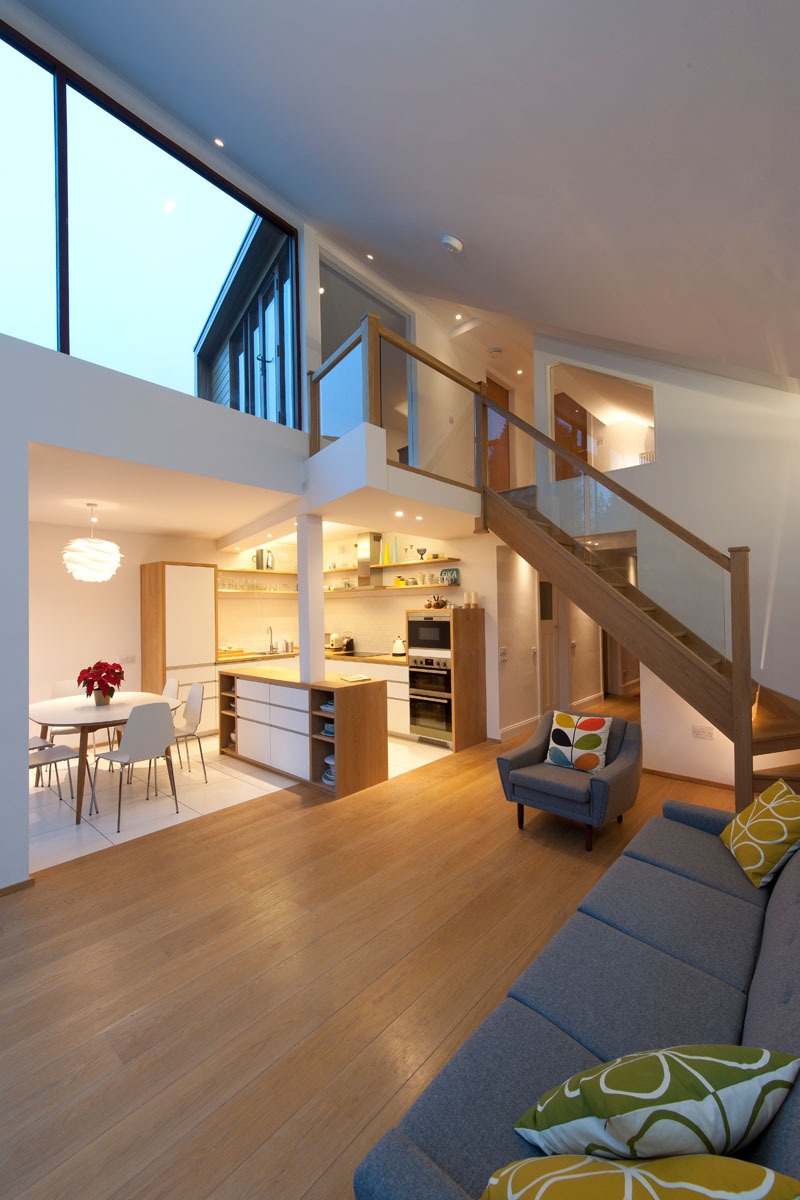 Inside the extension, one can see a new kitchen and eating nook in white and wooden combination. It may not be that spacious but it is indeed enough to perform chores in the kitchen and eat meals in the dining area good for six people.

Read Also: Renovation and Extension of the Kew House Because of the new extension and development of the attic space, the floor area of the house was more than doubled. You can see here the living area which has comfy contemporary living room furniture adorned with lovely throw pillows. And you can also notice that the design is kept minimal.

So, what can you say? Well, this extension can indeed stand out as a single house already because of its available space. As a matter of fact, it was even able to add an upper level which wasn’t offered on the original home. Also, the extension was able to bring a new appeal to the house. And no doubt, guests will be pleased to see that the house was given a new feature through this area. This house extension is done by David Blaikie Architects and as we look into the images of the house that are featured above, we can definitely say that the designers did and amazing job in the design of the house considering sunlight and even the needs of the owners. How about you, what can you say?

House Pibo: Wedge-shaped House with a Green Roof in Belgium