When we talk of geometric design, this house has it. Its facade has geometric shapes making it visually interesting and intriguing at the same time. This house is called House of Corridor located in Fukuoka, Japan. The first level of this house is shut from passers-by since it is located along the street. It has a wooden entrance making the facade look even lovelier. Architect Show Co. worked on the project and admitted that the project was kind of challenging for them.

To quote, the architect explained, “I aimed at a house that can protect private spaces, while capturing wind and light. Provided with a light coat in the center of the house, I had to create a vertical connection. I developed a bright and spacious living room connecting the upper and lower level, without narrowing the space.” With that, the house had high ceilings and had a minimalist interior. Take a look at the images below so you can better understand how the house was designed. 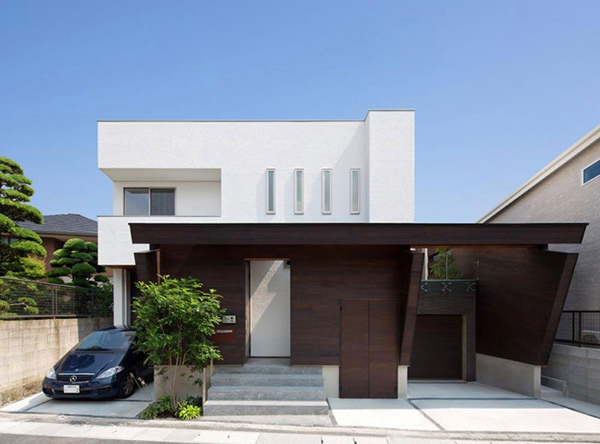 Isn’t this a beautiful exterior? One look at this will surely give you that “contemporary home” impression. 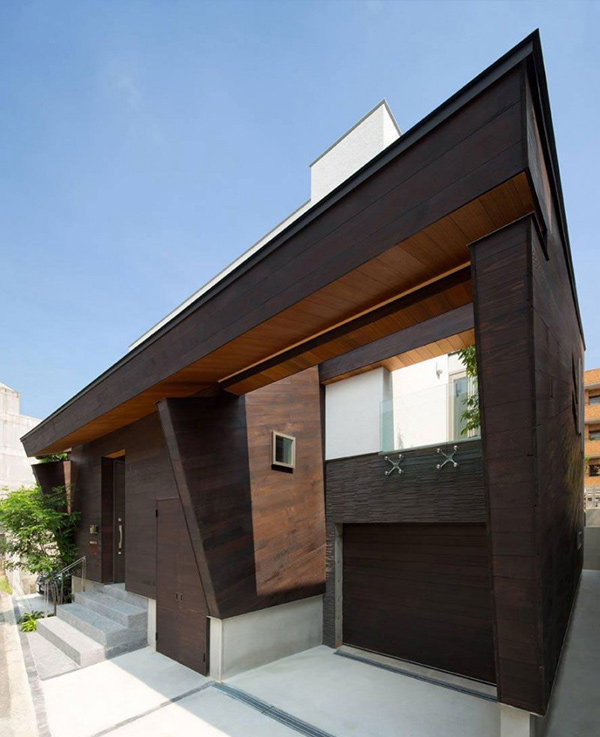 Only the terrace on top of the garage has an opening while the rest on the lower level doesn’t have windows at all. 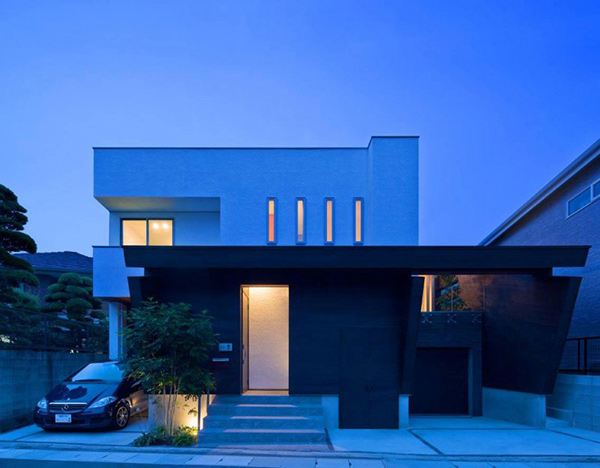 At night, the house looks lovely especially with the lights in it. The vertical rectangular windows on the upper level add appeal to the exterior. 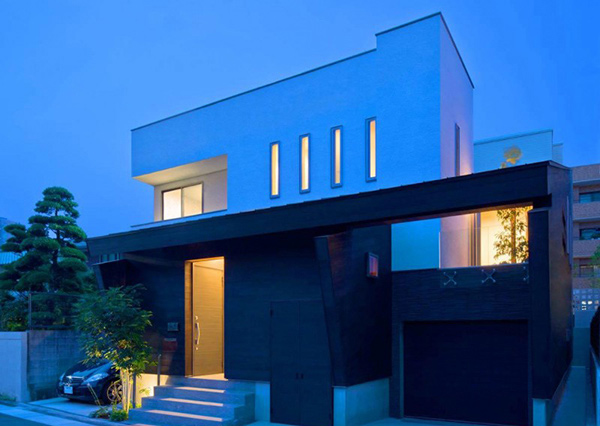 The combination of wood and concrete for the exterior is beautiful. Guess anyone who passes by this house would turn to get a second look. 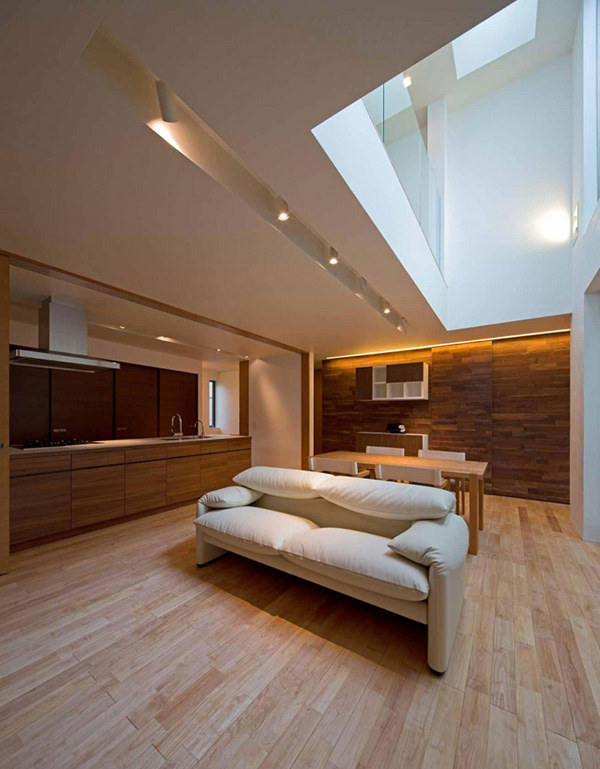 A minimalist living room with white sofa. You can also notice its high ceiling that makes it look more spacious. 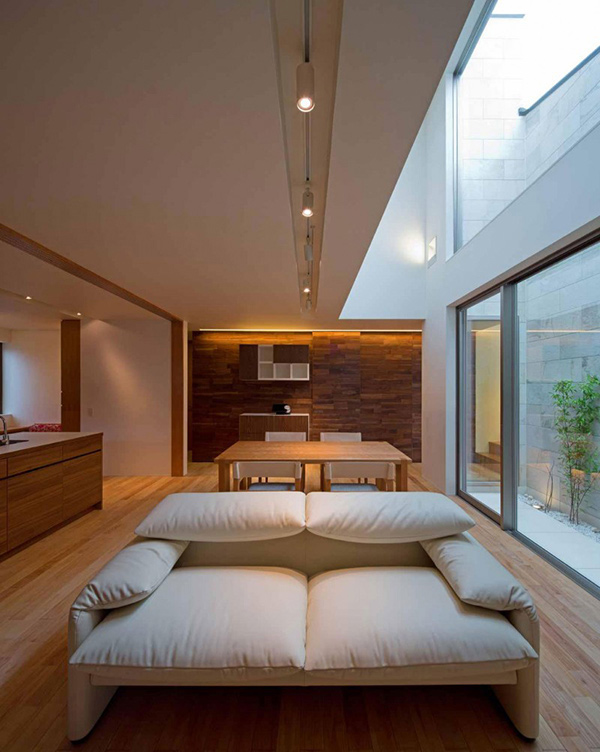 Glass walls surround the house which also contributes to the wider look. Wooden flooring and furniture brings in a natural touch to it. 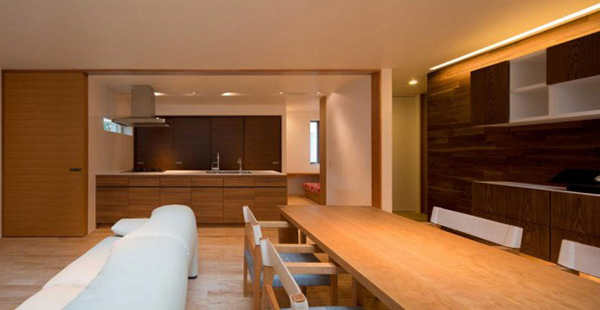 Seen here is the dining table made of wood as well as the kitchen area that utilizes the same material. 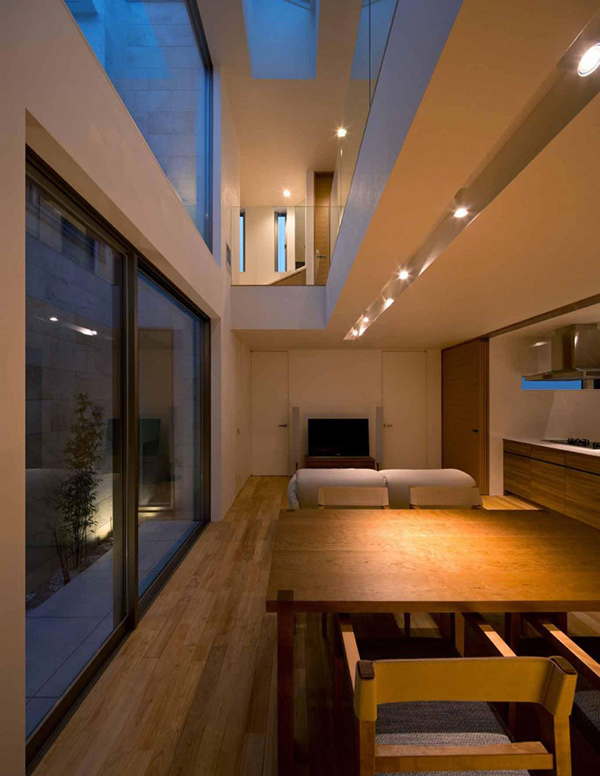 Aside from the dining and living area, you can also see the upper level with an open to the lower level of the house. It has glass railings too. 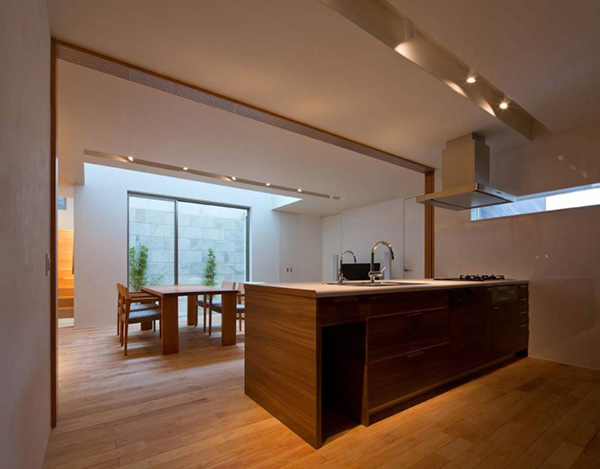 Closer look to the kitchen island that is primarily made of wood. It has stainless touches making it look more appealing. 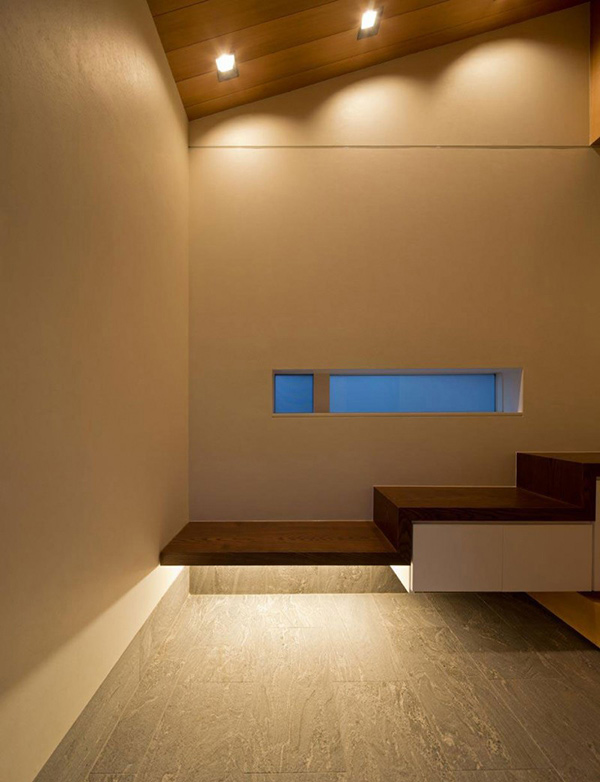 Wooden stairs would lead you to the upper area of the house. Look at how they installed the lights under the first tread to make it appear like floating. 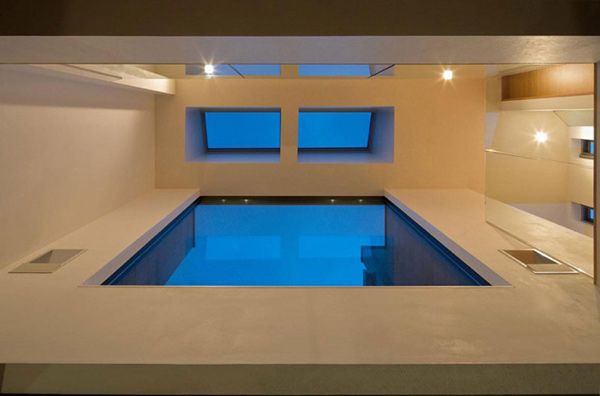 Worm’s eye view of the house where you can see the high ceilings and its usage of glass in the interior. 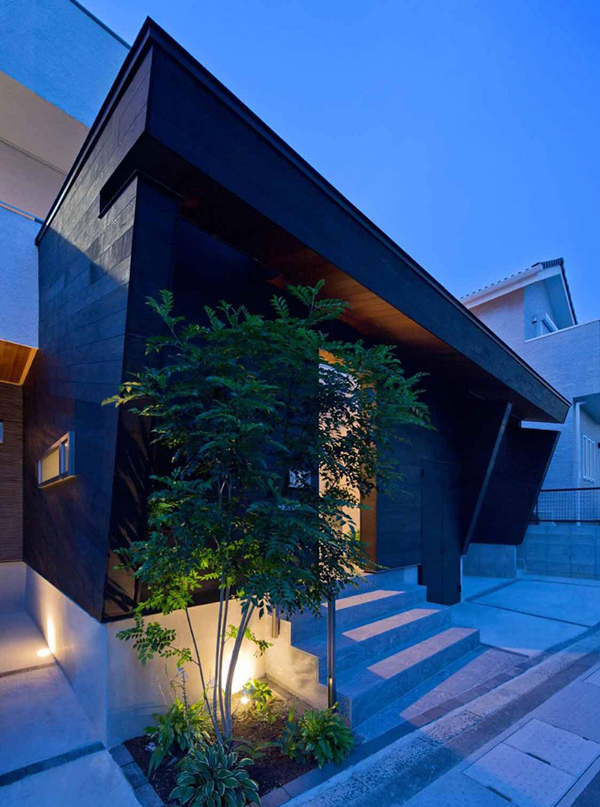 This is still the facade of the house but is focused more on the entrance.

The interior of this house is indeed of minimal design but that also made it look more like a Japanese house. It used wood for its interior as well as its exterior. As a whole, Architect Show Co. did a great job for this house. It will surely be highlighted despite the villas that surround it on three sides. What can you say about this house?

A Modern Farmhouse in Pennsylvania with Rolling Sunshades

Stunning and Luxurious Views in the Redux House in Brazil

A Small but Relaxing Tropical Beach Home in Australia