Have you heard of infill houses? When we say it is an infill house, it means that it is constructed between two existing structures. It is like filling a space or an insertion of additional housing to existing ones. Infill housing could update the look of the street by updating a building and making use of those that are already there. Today, we are going to show you an infill housing project for a house called Casa 1014.

Casa 1014 is located in the city of Granollers which is near Barcelona in California. It sits on a on a unique site that is only 6.5m wide and is accessible from streets at either end. The house is built between two party walls of the adjacent neighbors. The facade was retained while the other parts were already reconfigured. The house has two zones, one is for the owner’s daily life while the other one is private and quite. The house has that classic appeal from the outside but it does look very nice. Enjoy a virtual tour of the house below! 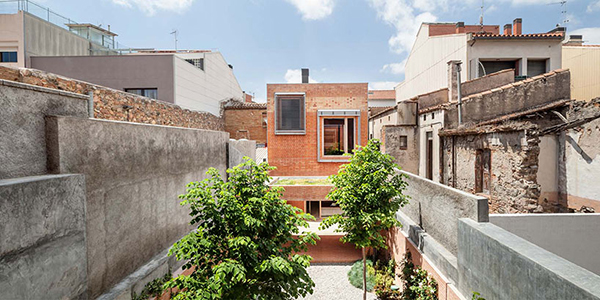 This is where the new home was built. Only the facade was worth salvaging as it stood in between two existing walls of the neighborhood. The front of the house looks like this. Instead of directly entering into the house, one would go through a courtyard. 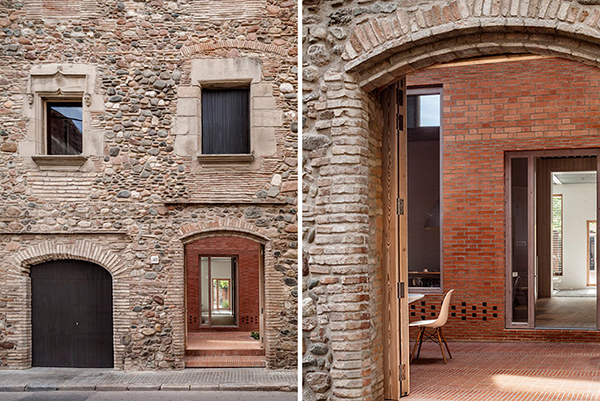 The exterior of the house has bricks and stones on it giving it a classic appeal. 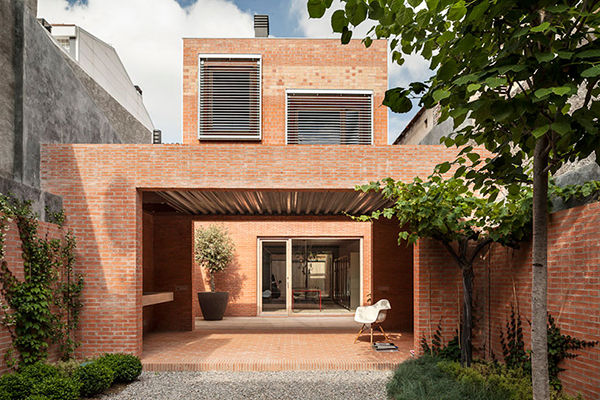 And when you walk past the courtyard, this is what you will see. Isn’t it lovely? 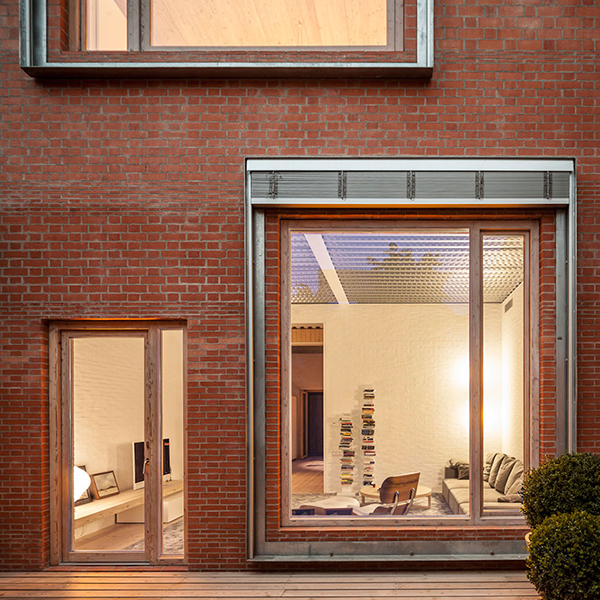 The house has a glass door and glass windows that expands from floor to ceiling. 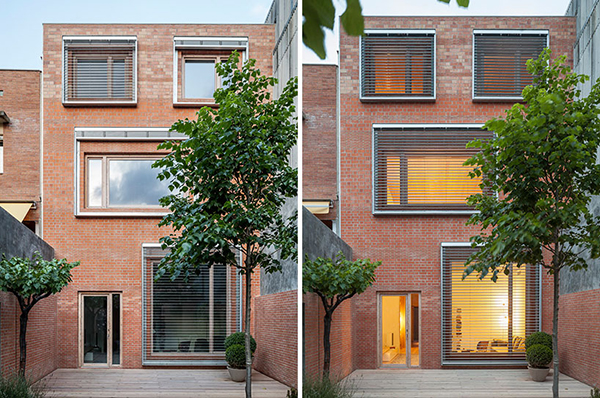 Lights on or off, the house still looks stunning. Its windows have screens that can be closed and opened. 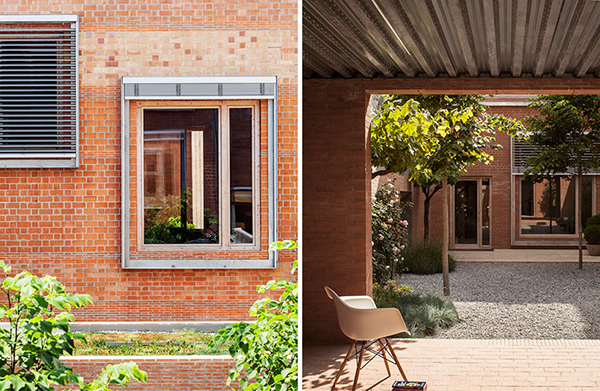 A closer look at the bricks of the home exterior as well as the separate structure with steel decking for the ceiling. 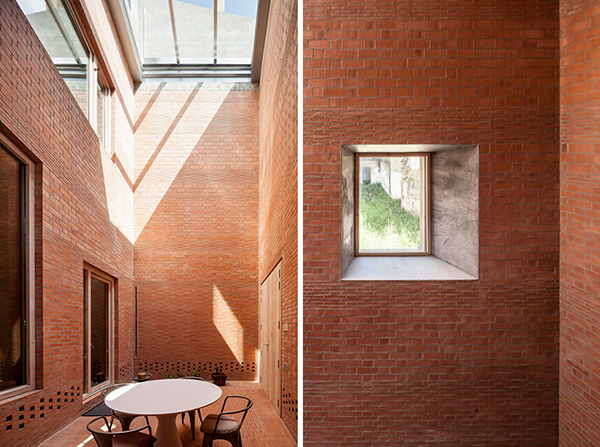 A skylight is added to the house to bring in more natural light aside from the windows. 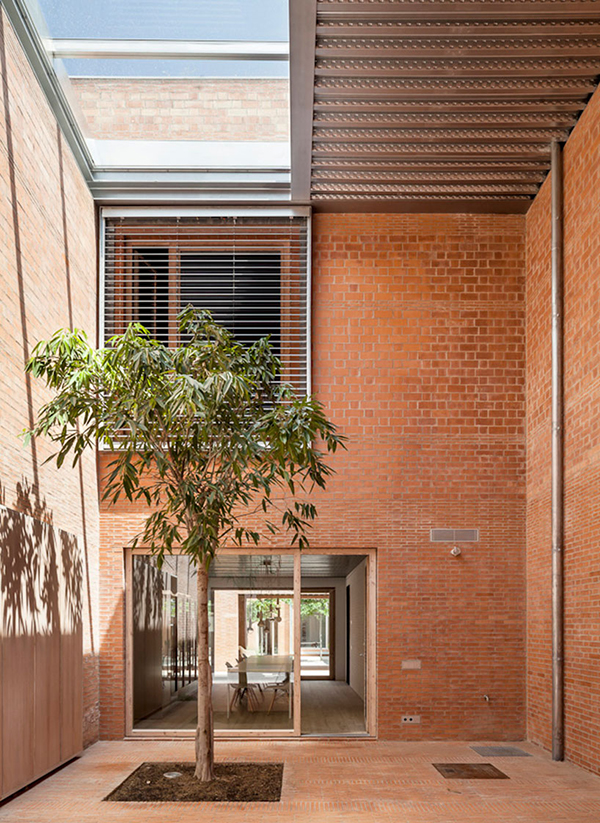 The ground level of the house is marked by a rhythmic organization of partitions. 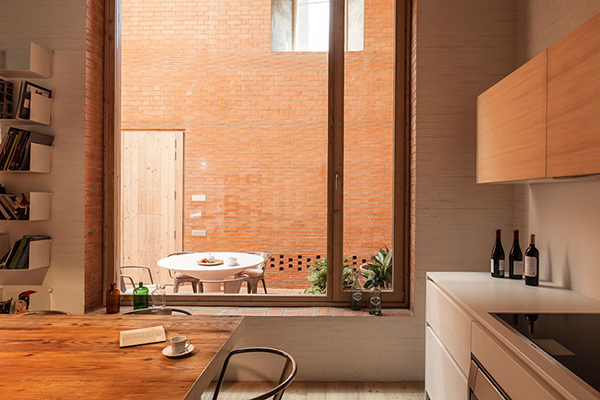 You can see here the kitchen area that also has a wide and tall window. 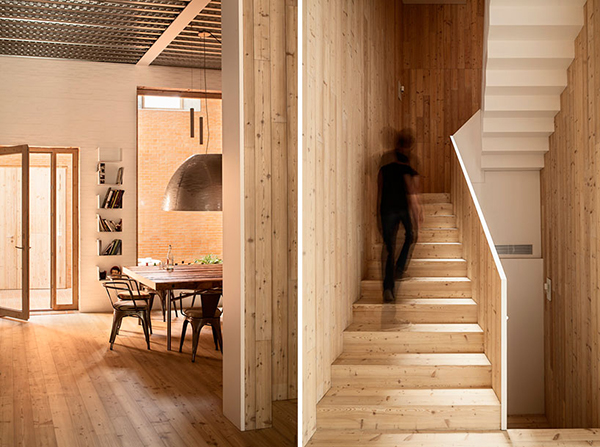 To access the upper area, one will go through this white staircase. 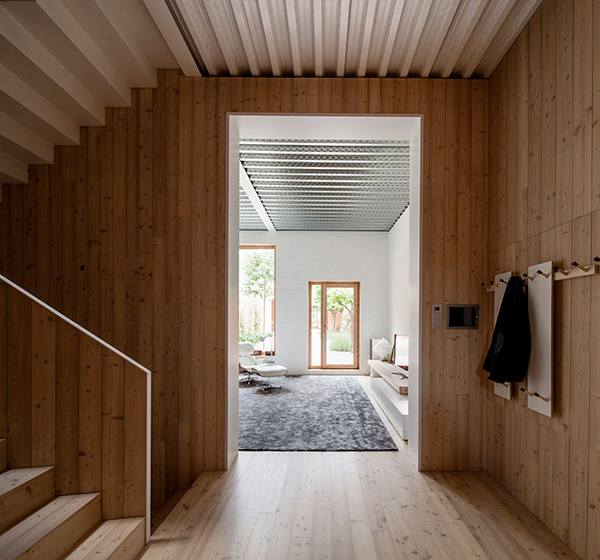 The house used steel decking too which adds a subtle industrial feel into the interior. 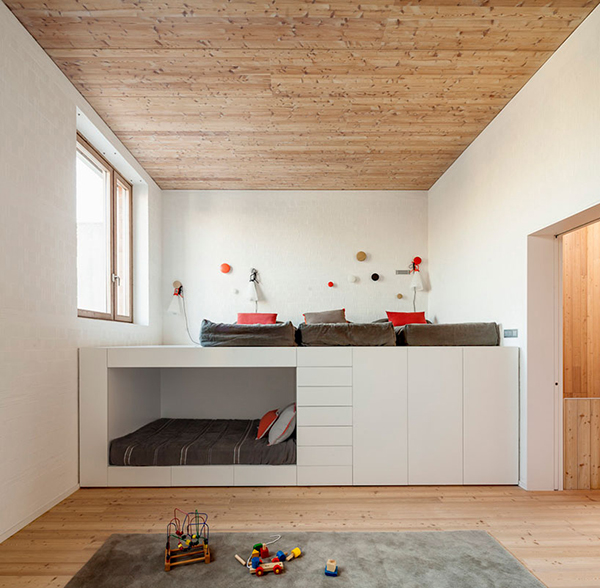 The kid’s bedroom has a modern minimal look with a modern double decked bed.

The bedrooms also have large windows but are smaller than the ones in the living areas.

I actually think this house is cute especially with the bricks on the exterior and the airy and warm feel of the interior. The masonry structure of this house designed by Kariouk Associates is an important feature. The structural strategy creates a passive energy feature in the design. With the thicker walls and ceilings, it could benefit from thermal mass as it absorbs the heat from the various courtyards. It can also help to naturally regulate a steady range of temperate interior climates.