Summerhouse Lagno : A Boat House Like Home on the Plains

I’m really amazed whenever there are homes with unique designs. I love it that they do not just go with the norms or the usual trends in home design. It may be a challenge but with in depth study, nothing is impossible. We have featured many unique homes in the website and their features are really something that made us say a loud “wow” when we saw the houses. Today, we are going to feature another unique house design called the Summerhouse Lagno.

When I first saw the house, I was intrigued of its roof design. Instead of galvanized iron or other usual roofing material, this one used concrete making it appear like it was carved from a giant rock. This summerhouse in Västra Lagnö was designed by Tham & Videgård Arkitekter. Because of its location, it was able to use heavy materials as it attempted to integrate itself into the surrounding granite rock formations and forest around it. With the look of the house, it was really above to achieve that goal. Come and take a brief virtual tour of this unique house in Sweden. 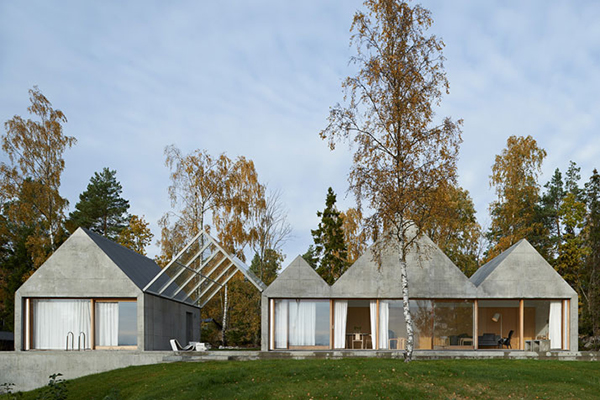 This is certainly not an ordinary home. Its design looks different from the usual homes we see every day or even from the house we live in. 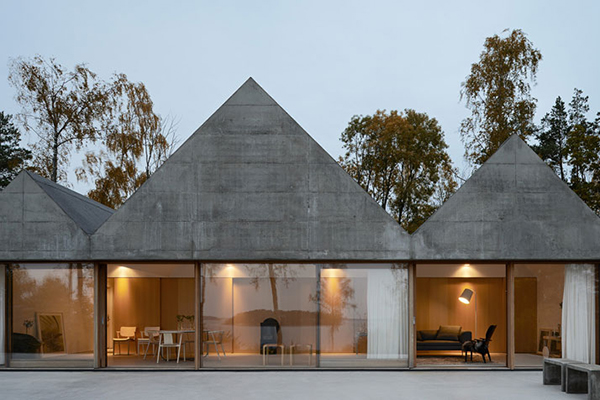 It has a sculptural roof that is consists of a series of gables made of natural concrete taking the form of the archetypical shape of a house. 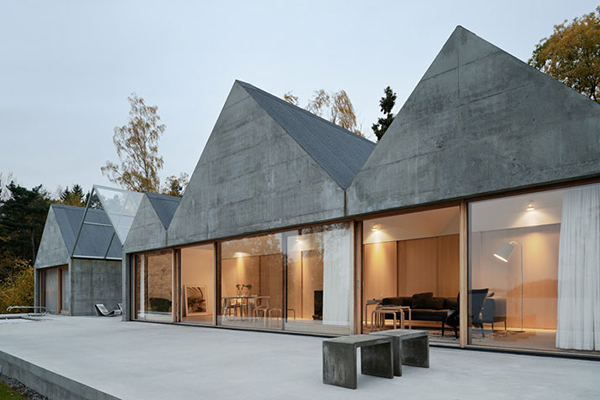 It used sliding glass doors to separate it from the outdoor world. 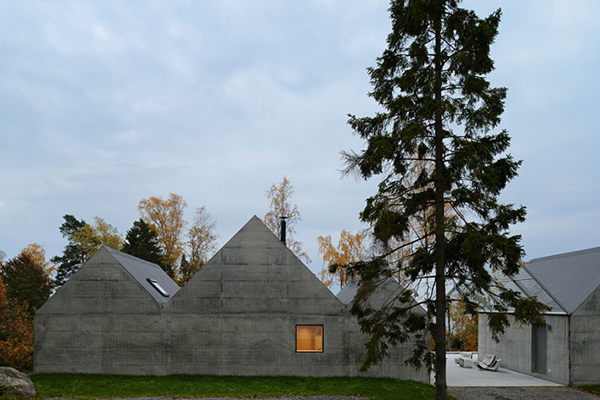 Instead of adding many windows on the sides, the windows are on the roof to offer more privacy to the occupants. 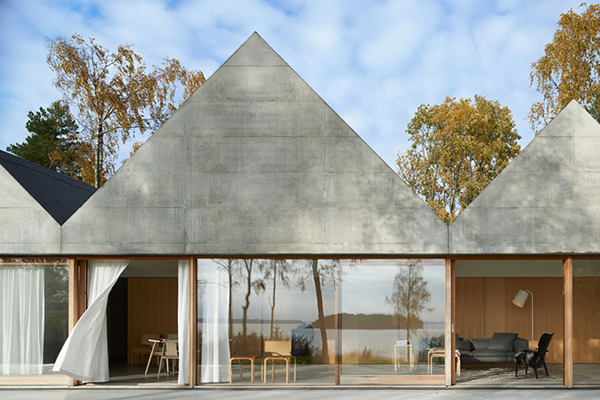 While the other side of the house is closed, this part is completely open with large windows and a spacious terrace. 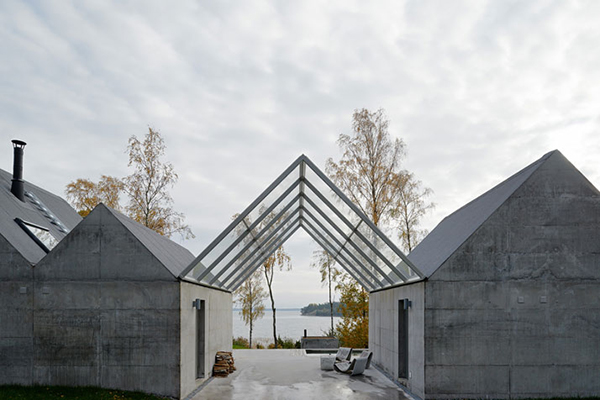 One of the gable is completely empty made from glass canopy that functions as the entrance of the house. 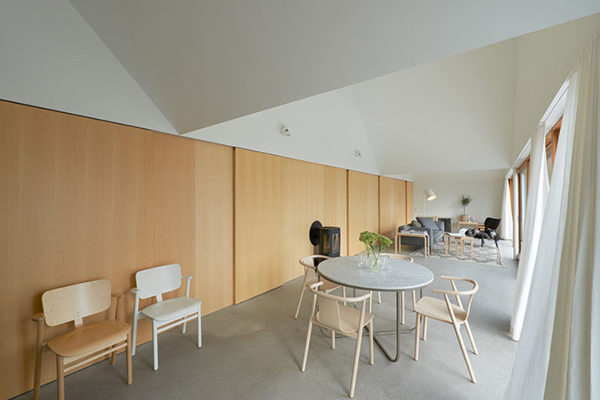 The internal wall of the living room is lined with the house’s other rooms that includes 3 bedrooms, kitchen and bathroom. 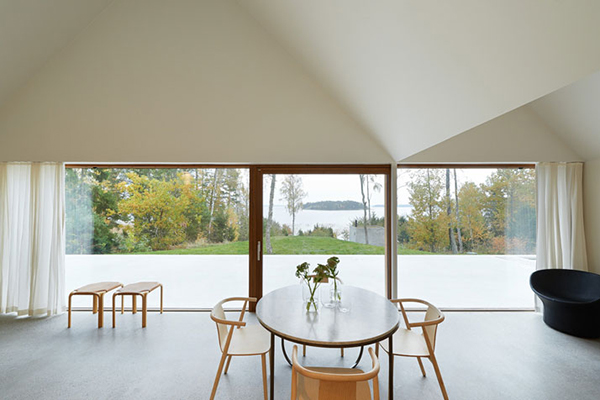 With the high ceilings, there is enough air and space inside the house. You won’t get that boxy feel while inside. 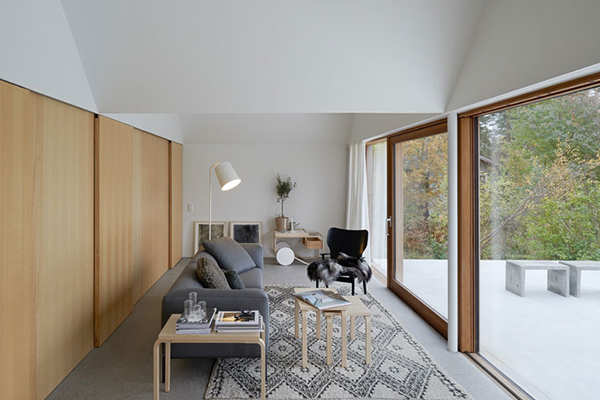 The interior seem to sport that Scandinavian look with its choice of colors, furniture and decors. 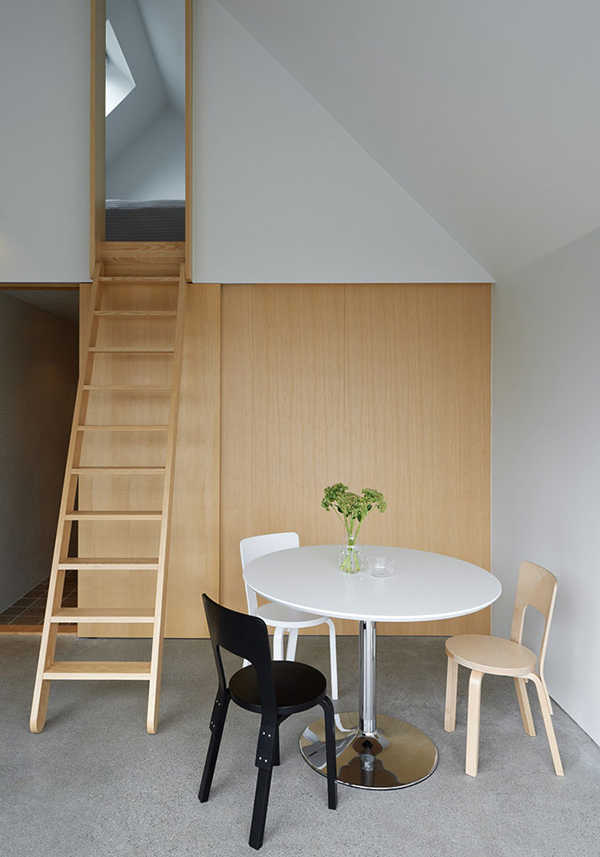 A mezzanine is seen here which is also a bedroom. A smart way of using free space! 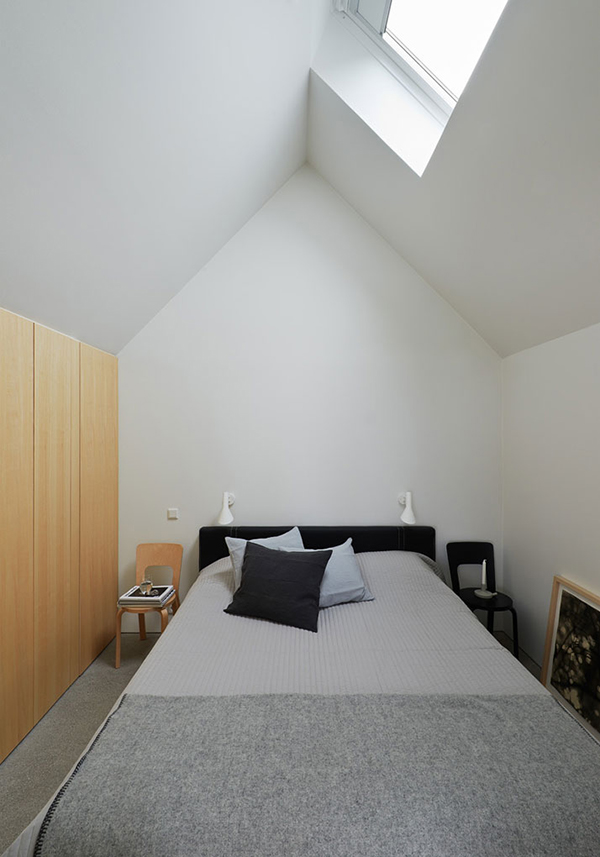 This is the bedroom where you can see the window at the roof of the house. 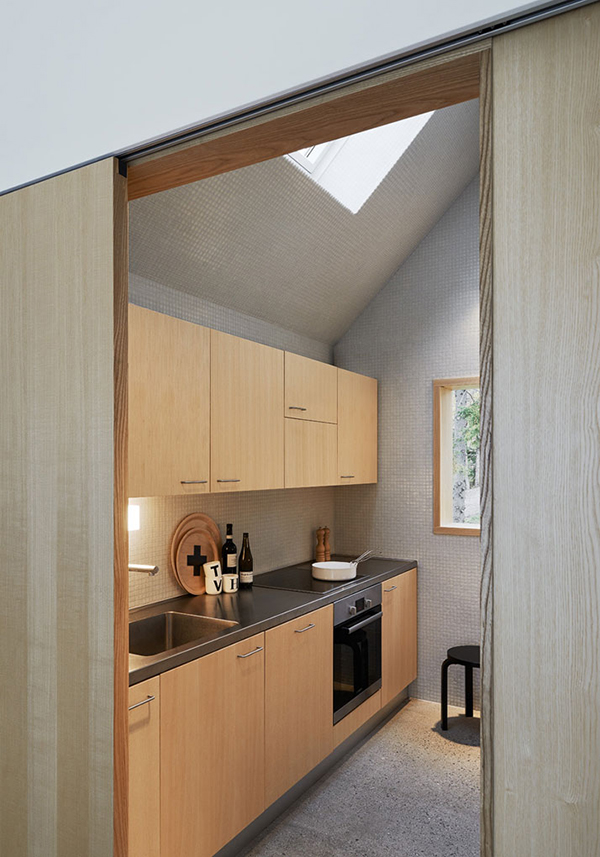 The kitchen is in a small room but has a neat modern design. 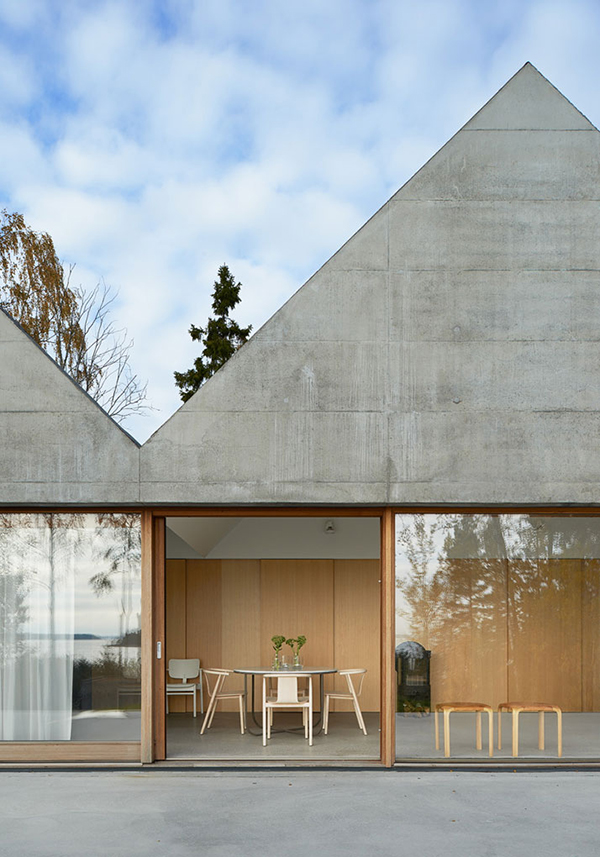 Aside from the main house there is a guest house with its own kitchen and bathroom. 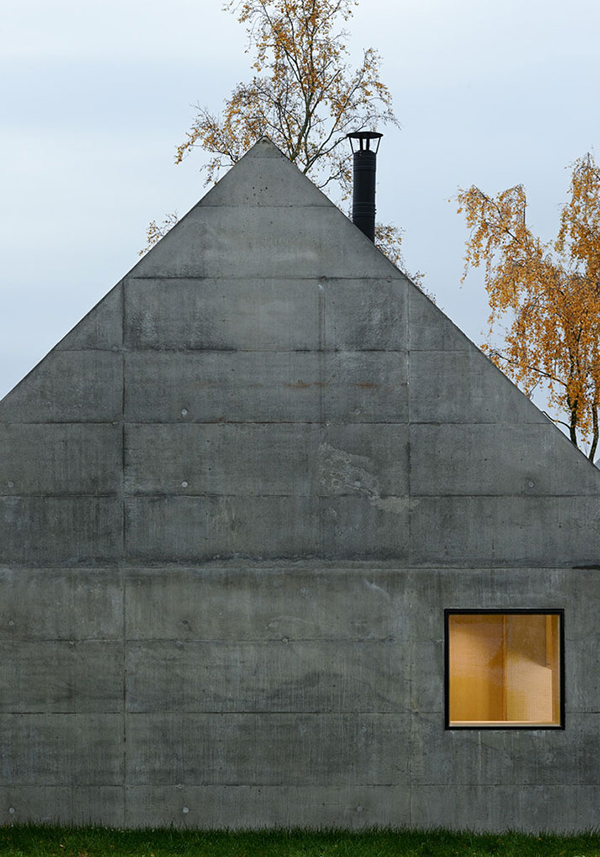 A closer look at the back area of the house with only one window on it.

Now this is indeed a unique modern home from Tham & Videgård Arkitekter. No wonder they were given the House of the Year 2013 recognition from World Architecture News Awards. Aside from the architecture, the designers also did the design of the interior and the landscaping as well. Aside from the main house, you can also find a Scandinavian sauna cottage made of a single block of cast concrete next to the house’s private pier.

A Home in Coastal Hills of San Francisco

Challenging and Rugged Natural Sites in the Lakecrest Residence in Canada

Summerhouse Lagno : A Boat House Like Home on the Plains