The Intimate and Practical Contemporary T House in Milan

A contemporary house with the fusion of eastern and western style sits in Sant’Ambrogio, Milan, Italy. This house is called the T House and it was designed by the architects of Modourbano and interior designer Takane Ezoe. The house is owned by an artist who had a great impact to its design resulting in a space that is open yet cozy, practical yet comfortable. “The design of T House born from the needs of Client, an Artist that preferred free spaces, rooms without a real dividing line between the public and the private where to work until late night,” said the designers.

The house has a functional layout which has reference to the traditional Japanese buildings where everything is “semi-open”. The spaces were divided with traditional sliding doors fussuma or syouji. It has a studio that is large, bright and comfy. It is where the homeowner holds his meetings with his employees and as well as a location to move his works of great sizes. The interior colors remain simple and neutral so the artist can work free from external contamination. In the study you can find a gallery and exhibition area. The kitchen is also one dominant space in the house where meals for a large number of people is being prepared. The living area is free from so many objects but still looked cozy. Sleeping areas are situated at the mezzanine floor where you can also find a master bathroom. Wanna see the T-house? Check out the images below: 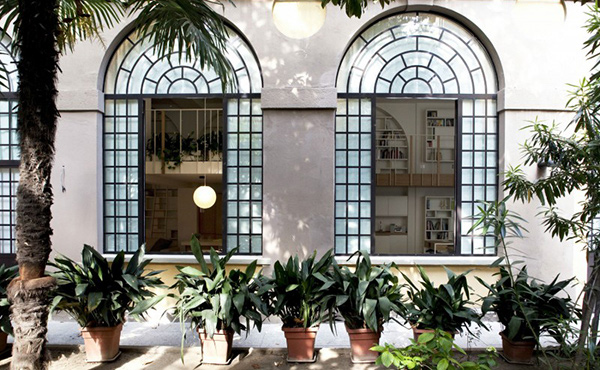 French windows with a decorative arc fixed glass on top grace the exterior of this house. You won’t expect to see a totally marvelous interior! 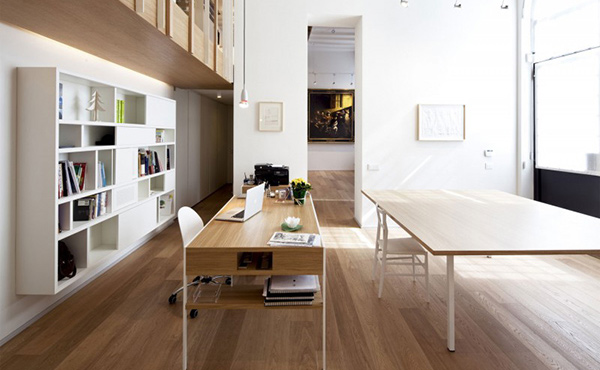 The interior is in white even the furniture in it had neutral Earth touches with wooden elements too. 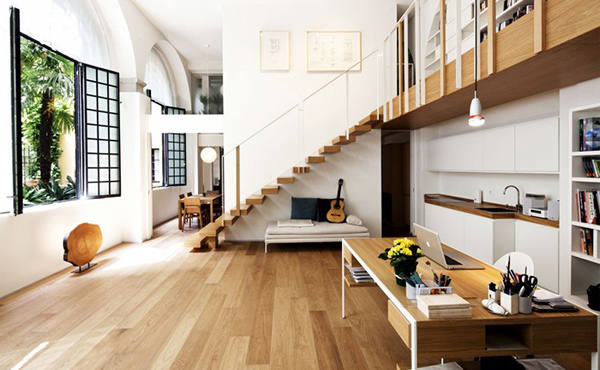 White walls made this house look a lot larger especially with its high ceiling. 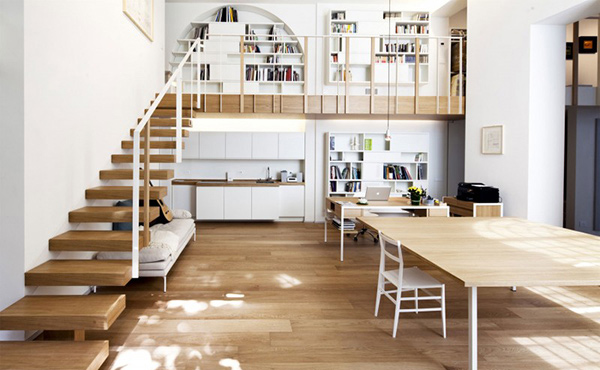 Wooden stairs were used for the stairs as well as the mezzanine of the house. You can observe the combination of white finish and wood in it. 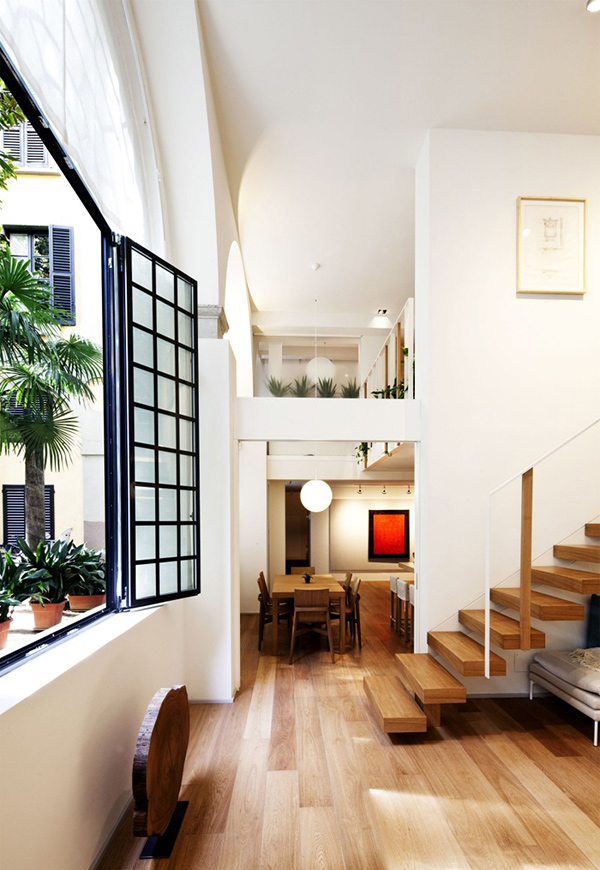 Arc windows are part of the home’s architecture which is one good decorative feature of the house. 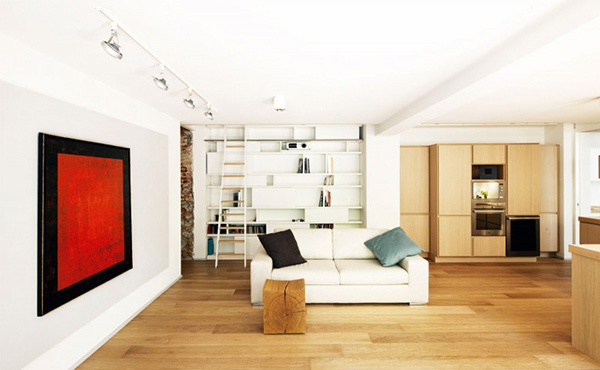 Wall shelves in white camouflage with the walls. Notice the wall decor in red and black which sure is a head turner. The living area is free from clutter and is totally cozy. 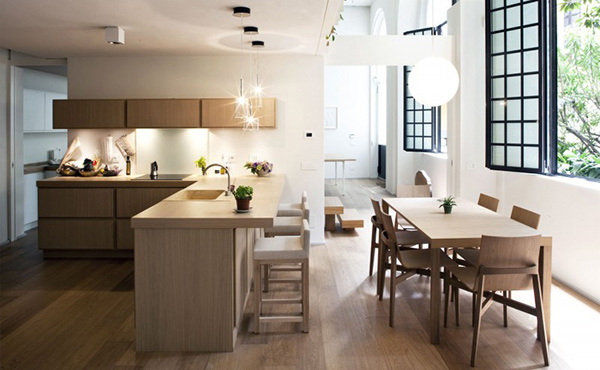 A kitchen with a dining area beside it filled with good lighting. It also made use of wood for the furniture. 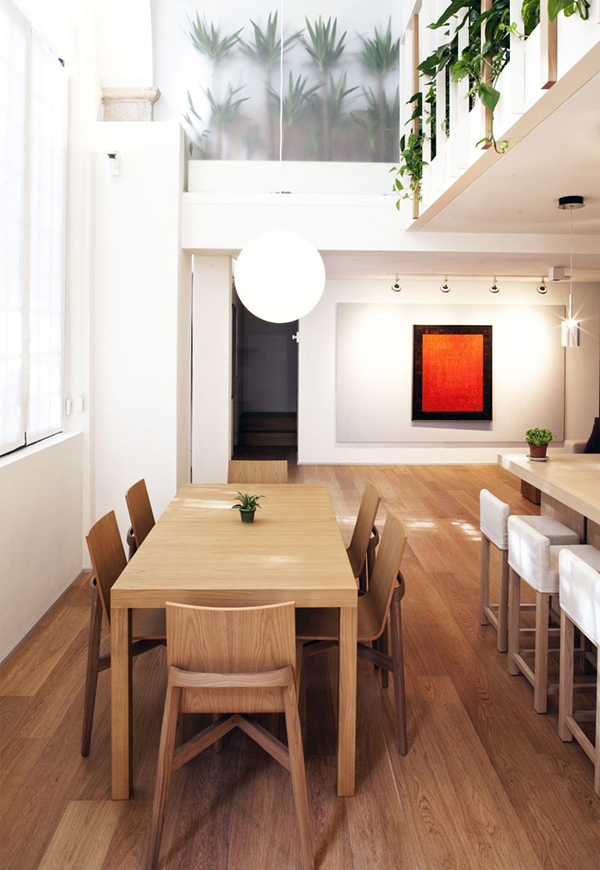 On the mezzanine, some plants were placed to bring in nature in the house and it adds to the lovely view from below. This could be a breakfast nook which is also in white. You can see that there is another sink on one area. 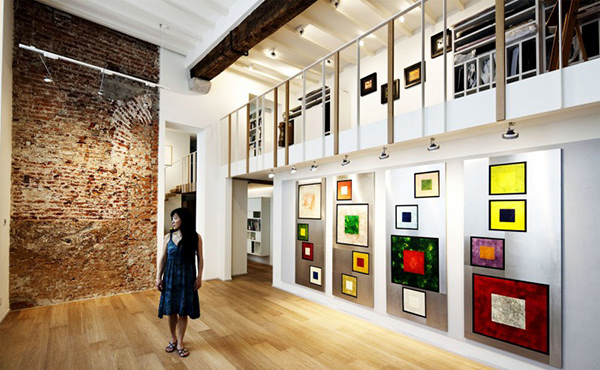 When you are here, you will feel like you are in an art exhibit because the artist placed his works here for display. 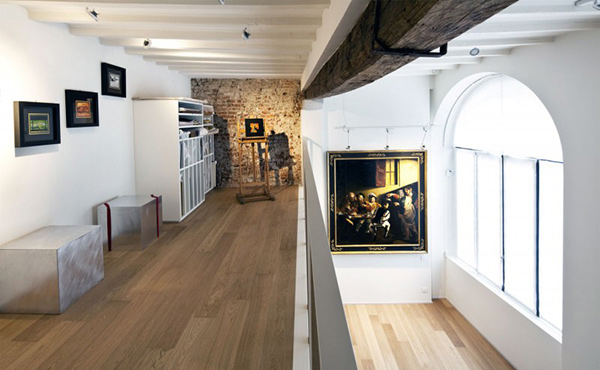 More artworks are seen in the hallway of the mezzanine. We love the brick accent wall! 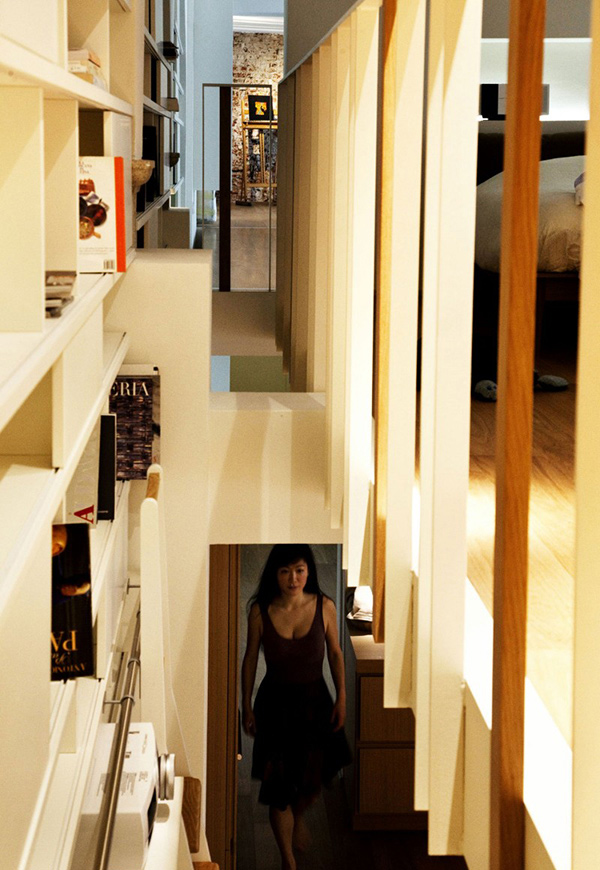 The design of railings as well as this wall shelf has something in common with each other in its use of sleek lines and wood. 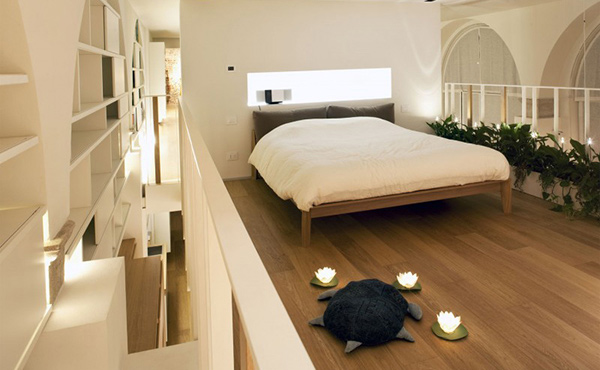 These lotus lights are indeed dramatic but this bedroom is even more stunning no matter how simple it actually is. 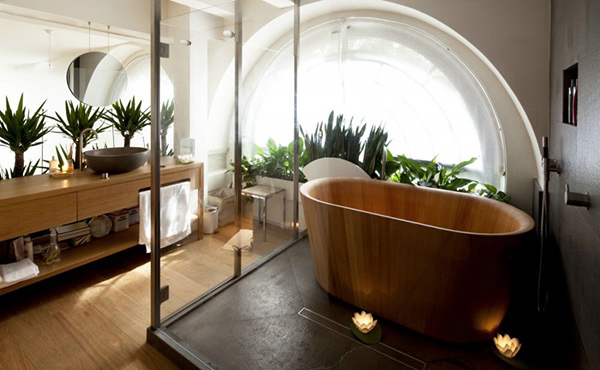 Talk about a Zen bathroom! The designers were able to incorporate Japanese touches even to this master bathroom. A bathroom in the house with exposed white beams and a marble like wall on one side.

Believe it or not, this house is formerly a horse stable but with the Modourbano and the Takane Ezoe working together, the house was magically turned into a lovely cozy home. The designers had something to say about the project: “In all the design choices, there was the desire to preserve and enhance the distinctive character of this place, the stone fragments, the arches of the large windows and large wooden beam of gallery. T House is the combination of sophisticated elegance of an eighteenth century loft in Milan and depth of a Japanese house.” Amazing right? A home with Japanese influence in the heart of Italy. Well, a house like this would definitely look lovely wherever you want to build one similar to it.

The Intimate and Practical Contemporary T House in Milan