Warm Colors in a Feminine Apartment Design in Bucharest, Romania

Of course, the gender of the user or homeowner would also matter when designing a home. The colors will also tell if it is for a female or a male. This applies if the space is used by a sole owner. If it is occupied by a family, it is a different story and we could only limit the colors in the bedroom. Today, we are going to show you an interior of an apartment with feminine accents.

Well, obviously, the apartment is occupied by a young lady. Since the area is small, designers from Studio 3 Plus created illusion of space to make it appear larger and made use of warm and bright colors. You can also see different textures in the apartment and some accents that will tell us that it is indeed used by some female. But the design isn’t flattering or overdone. It is minimal and beautiful. Let us take a glimpse at this apartment in Bucharest, Romania. 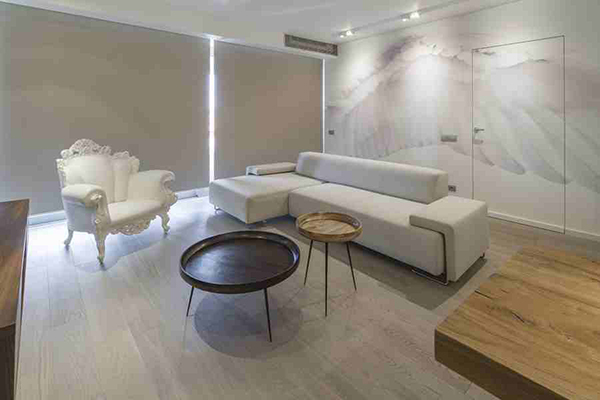 When one enters the apartment, one can immediately see a living room and dining area that is both welcoming and optimistic. The wing wallpaper is one feature that is lovely and interesting in this space. 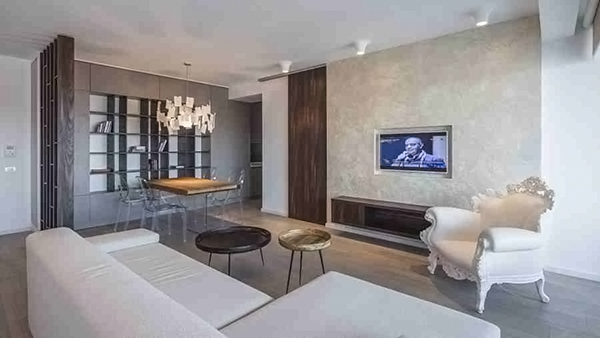 This is the same space but you can see the dining area with a creative lighting. There is also a wall-mounted television in the living area. 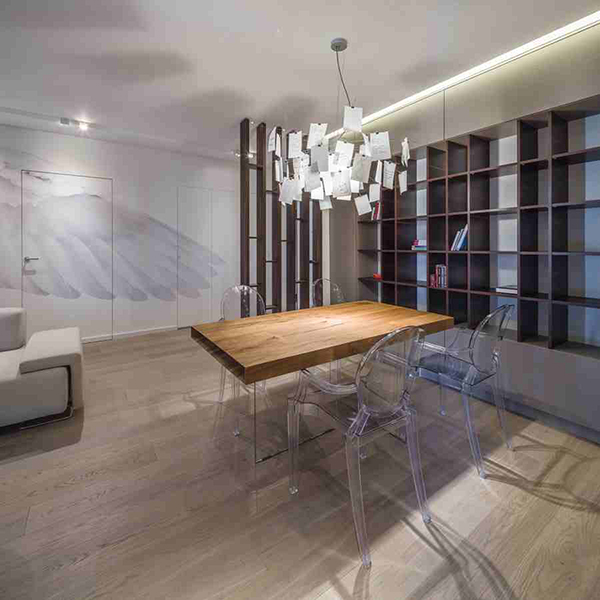 The lighting is like a DIY thing with papers hanging on it. 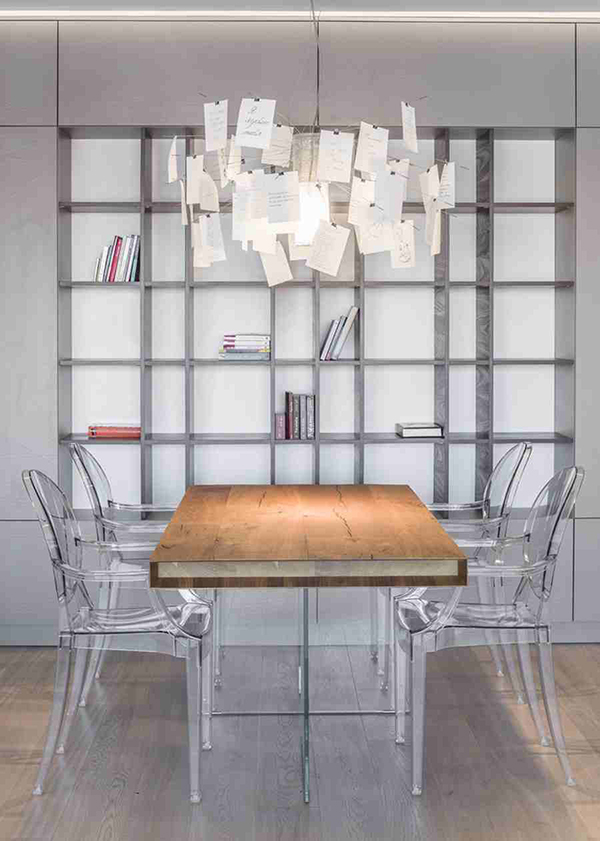 The dining light has notes on it which is a lovely idea! There is also a wall shelving on that is almost empty with only a few books. 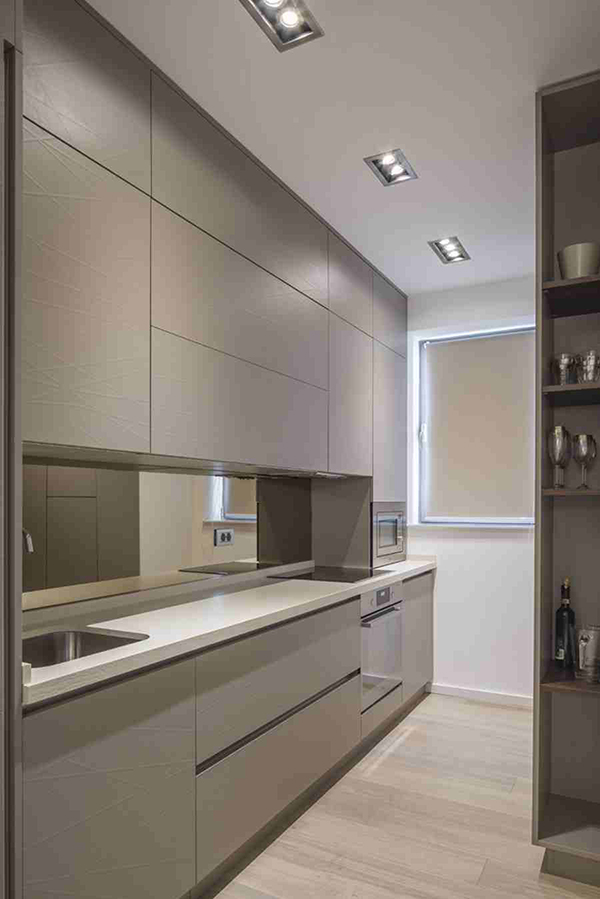 The kitchen is just small but is modern and functional. Just fit for a princess! 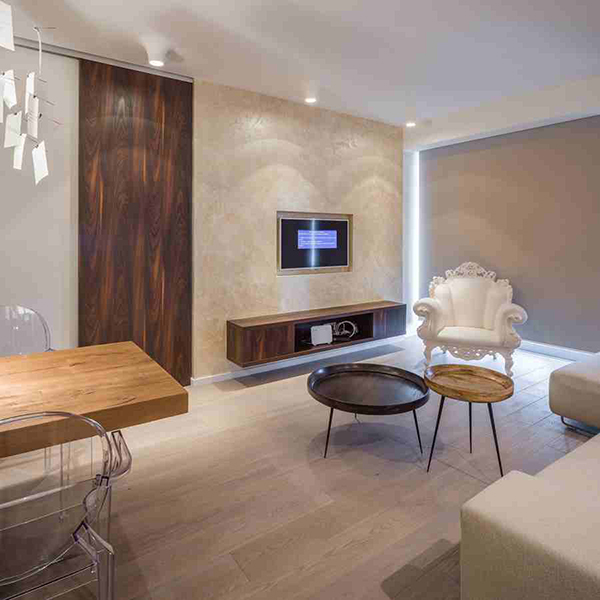 One thing I like about the living area is that it isn’t crowded with decors and the armchair has a beautiful almost Baroque design.

And of course, the wing wallpaper in the living area which I guess leads to the bedroom. 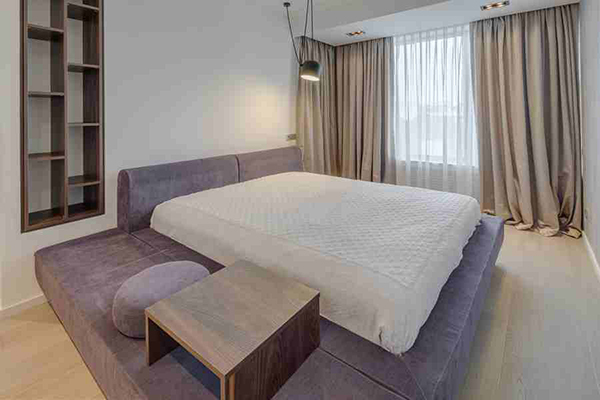 This is the bedroom with a low lying bed in purple velvet. 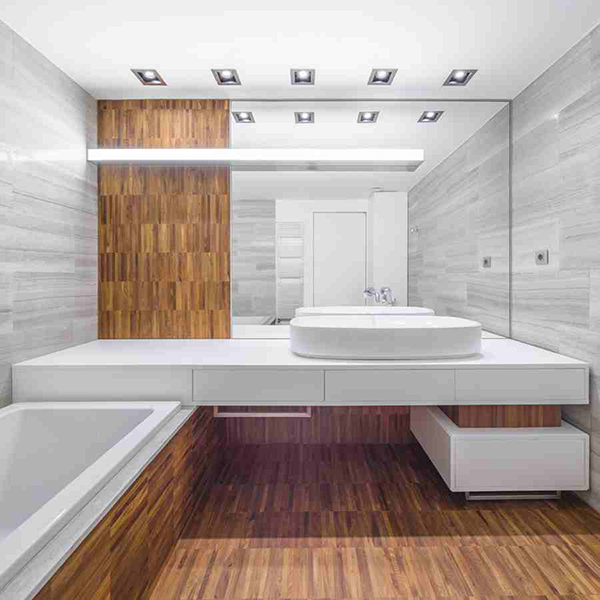 While the bathroom has a mix of materials in it that both looked neat and beautiful. 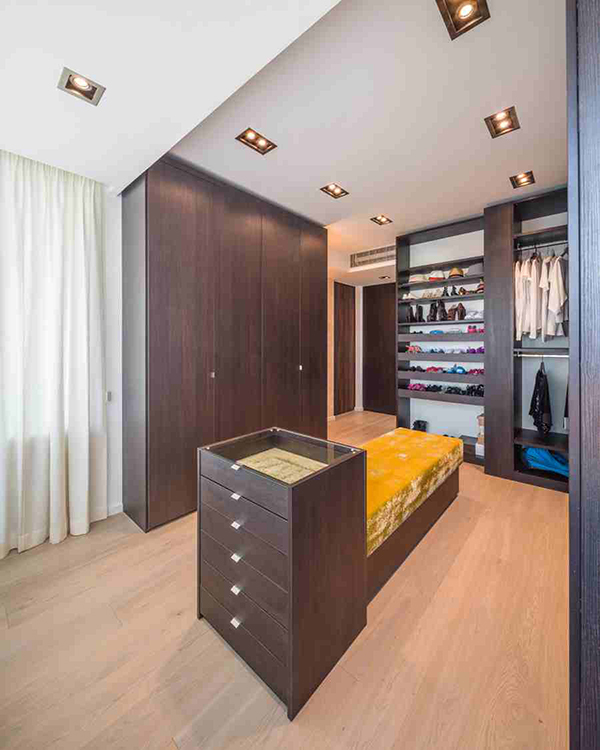 Who wouldn’t want to have a walk-in closet? Well, for a lady, it is a must even for a small spaced apartment! 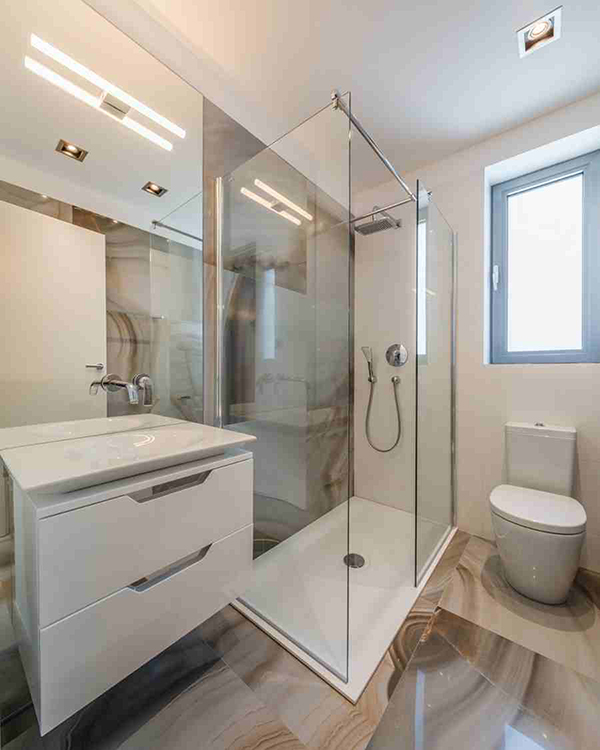 Another bathroom in the house with a glass shower enclosure and a hanging vanity. 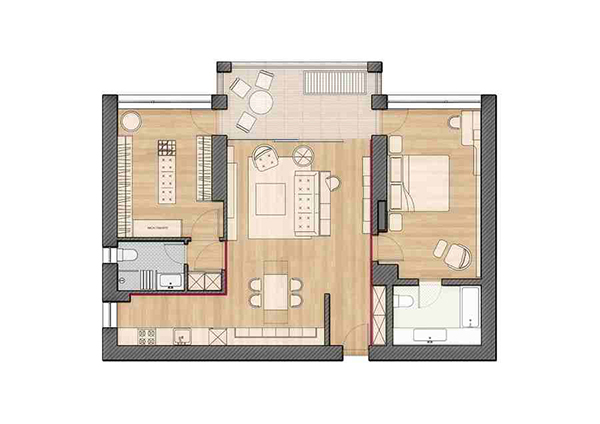 If you wonder how the layout of the apartment was done, here it is. I love the look of it all!

This sure is a gorgeous apartment even with its minimal modern design. The feminine accents are not overly done too that even a male can still occupy it without feeling gay at all. This space is designed by Studio 3 Plus and the way it turned out, we can really say that they have given their heart into what they were doing. Which part of the apartment do you love most?

Dashing Interior of A Florida Penthouse

Before and After: Sandunsky Loft Gets a Beautiful Renovation

The Vibrant Colors of the Interior of the Apartment in Warsaw, Poland

Warm Colors in a Feminine Apartment Design in Bucharest, Romania