Did you like yesterday’s featured house? Well, we hope you did. Today’s house feature has something in common with the Cloud Bay Shack Home. You might think of the sleek lines both homes have or their unique geometric applications for the exterior. Those could be some similarities of both houses but what they are similar of is that they are both built in replacement of a burnt structure. The Ridge house in Berkeley Springs, West Virginia, United States is owned by a painter and art historian. You can see the owner’s inclination to art in its interior and exterior.

The house is built on a narrow site that overlooks the Potomac River. The previous home was a plain and ordinary rancher. Its destruction by fire was tragic for the homeowners but looking at the lighter side, it also gave them the opportunity to build a better home with a modest and inspiring design. The new home which is now called the Ridge House has a small painting studio, study, master suite, living room, dining room and kitchen. The design of the house also aimed to preserve and connect with nature. Let us take a look at the Ridge House below: 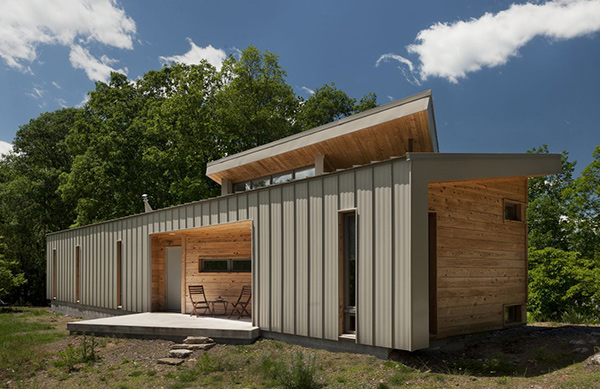 This side of the house uses standing seam metal roofing in grey color. 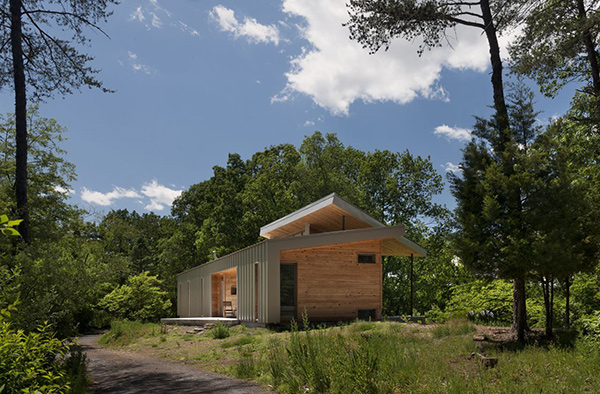 The design of the house looks different when viewed from the East and South. From the South, you can see a rectangular home while on the East side, has inclined roofing. 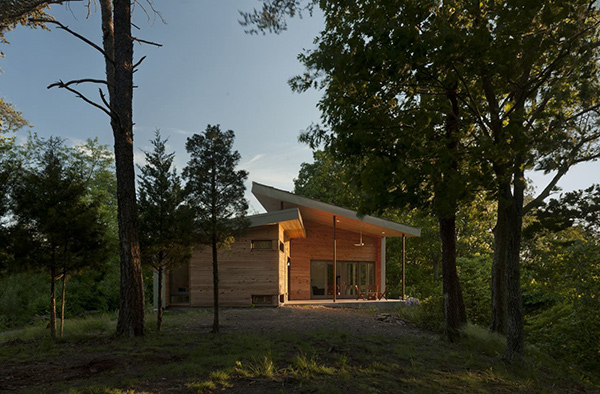 This is the East view of the house. You would not expect that something unique can be seen on the other side. 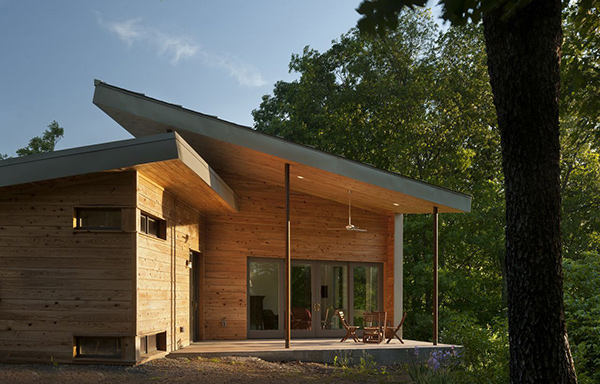 It uses horizontal Eastern hemlock siding for its facade. 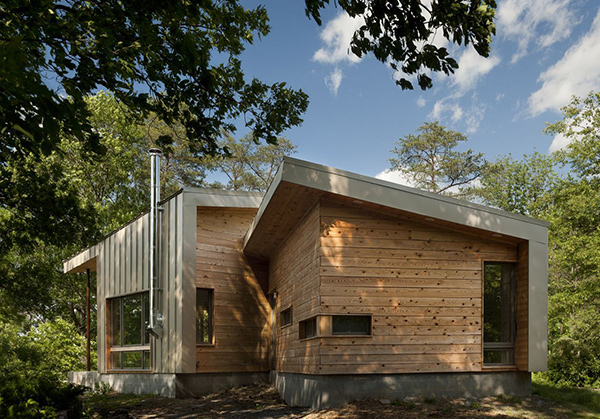 The West side of the house shows this view. It uses clerestory windows to draw light into the house. 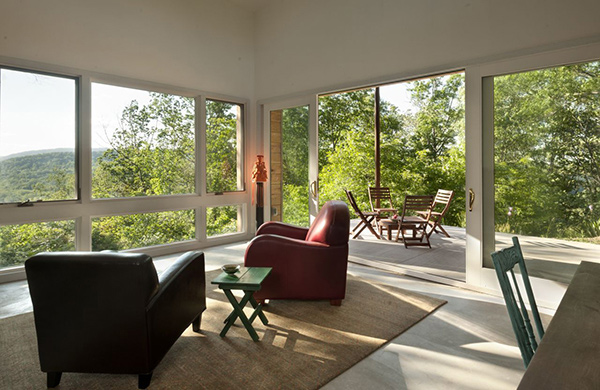 The living area has an eclectic minimalist theme which can be seen its usage of mismatched furniture. 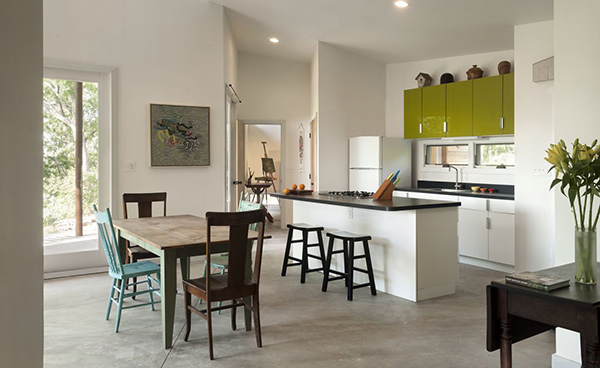 Even the dining set is mismatched. The eclectic interior mirrors the artistic side of the homeowner. 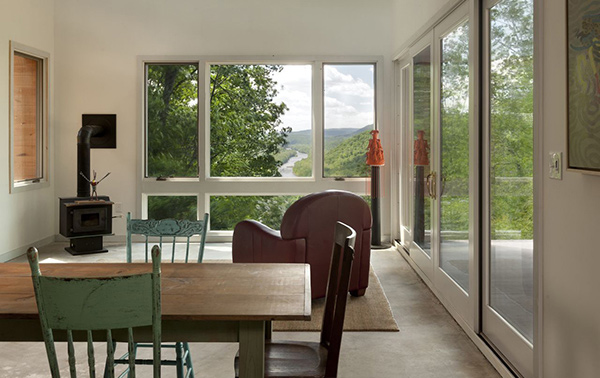 Another look at the living area where you can see a fireplace in it. 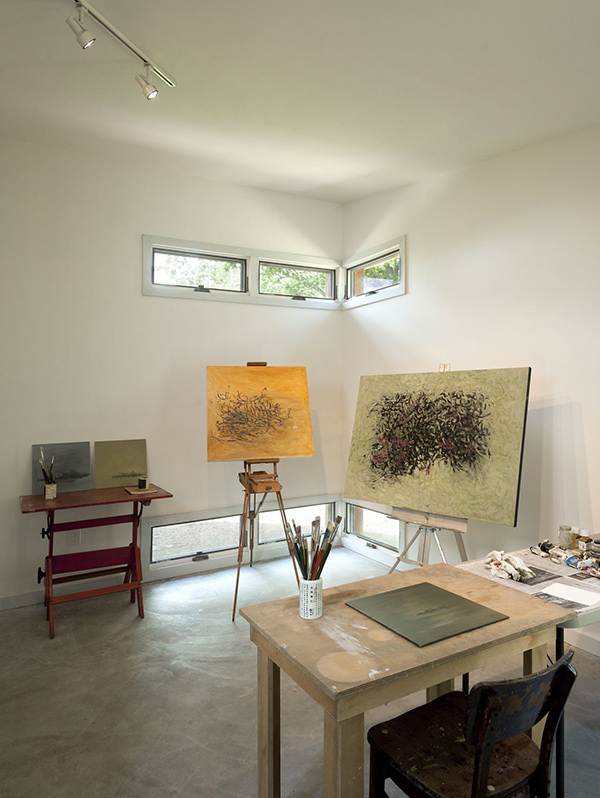 A small painting studio is also provided for the painter to work on his art works. 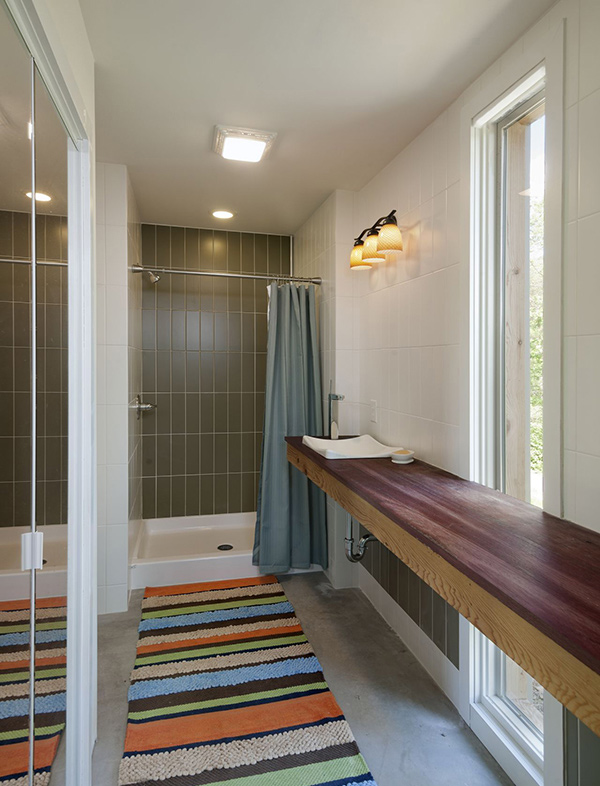 Colorful area rug in this bathroom adds more creative touch to it despite its simplicity. 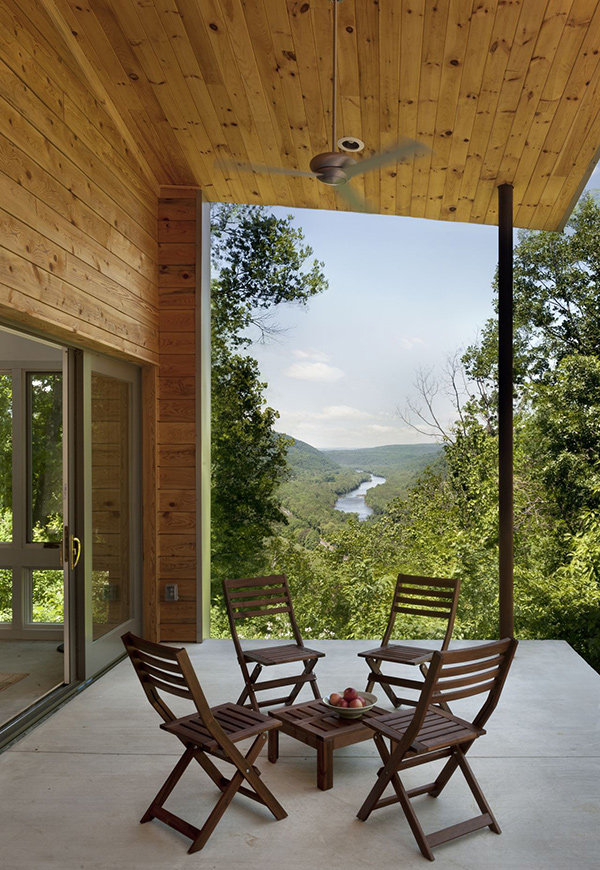 A wooden outdoor set is also provided in its porch. This is where the homeowners can bond with nature and get a good view of its surroundings. 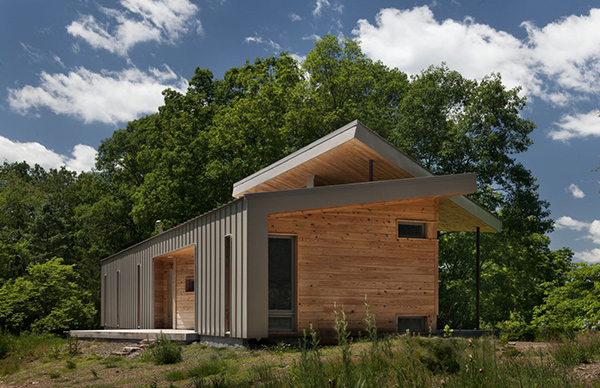 Another view of the Ridge house showing us its unique lines and style. 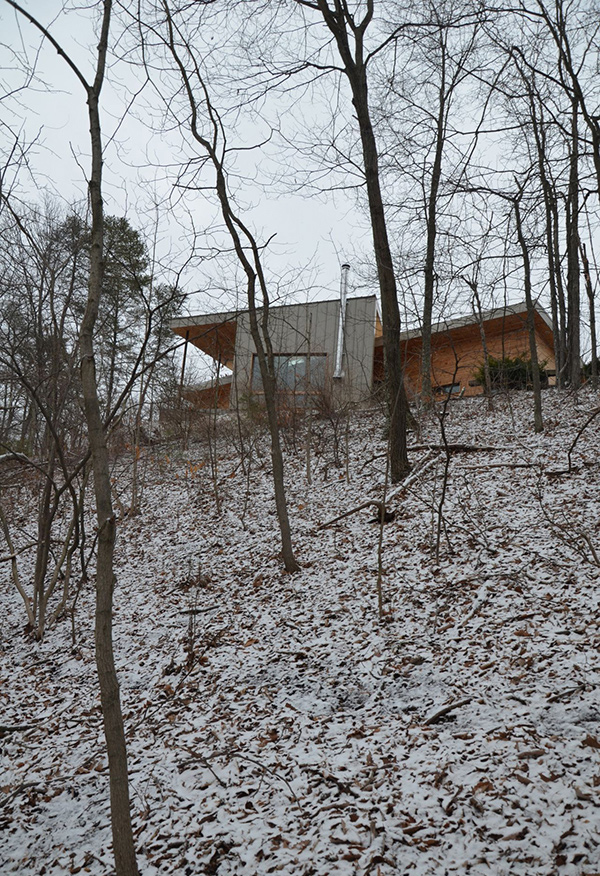 The house is located on a narrow site near a steep area. This adds to the home’s dramatic aura. 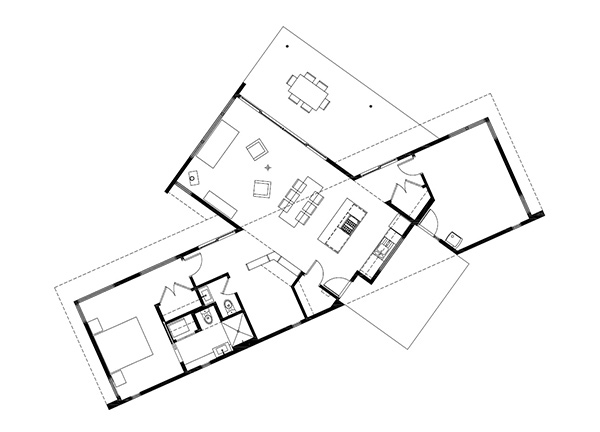 You can see here the floor plan of the house and how the various areas were designated. 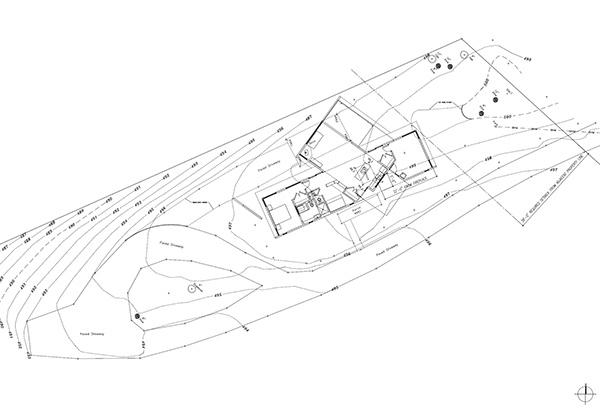 If you are interested to see the site plan, then this is for you.

This house is designed by the GriD Architects.The private areas of the house are situated along the ridge creating a linear bar the runs from east to west optimizing the long exposures of the house. The public areas could give the homeowners a good view of the river and the Berkeley Springs & Potomac Railroad. Standing seam metal roofing and facade panels were used for some parts of the home’s exterior. This allows for a passive solar solution.

A Black Contemporary Cabin Surrounded in the Forest

The Razor Residence: A Breathtaking Luxury House of the Ironman

Hamptons Residence: A Stunning Contemporary Home in the Forest